There has been a death in the family. RIP Ethel. She gave up the ghost in Shelby, Montana, last week, and there she will lie forever.

Ethel was our old Buick. You can’t really blame her for kicking the can at 220,000 miles, but it sure was inconvenient for us. Eric’s dad Chip (We’ve since dubbed him “Rescue Man Chip”) drove 7 hours one way to pick us up.

This left us with a very long, long, long time to spend in Shelby Montana. Poor Ethel was completely useless so we could only go places that were within walking distance. We cruised Main Street (with the stroller) and ended up at the most decent looking place that served food: the Montana Club Bar.

A very tipsy couple meets us at the door (this was at 6pm, mind you). They say things that don’t make sense, and Eric and I laugh and pretend to share the joke. I look around to find the most decrepit looking hell-hole I have ever seen. Hazy smoke. Greasy, dirty counter-tops. Stuffing coming out of the bar stools. Piles of junk and discarded furniture everywhere. Wires protrude from the missing ceiling panels.

Pulling Charlotte a little closer, we walk over to a table. I start looking around for a high chair but have to remind myself that I have brought my 17-month-old baby girl into a bar, so no, there are no high chairs.

Eventually an old dude with long dirty hair came over to take our order. My first thought was I really hope this man will not be preparing my food, but then realizing he probably would be, I tried to clear my mind and think happy thoughts. I started to ask about the Chicken Ranch Wrap, but before I could even finish he barked a terse “No chicken” and added a wicked glare to boot. I’m not sure if he meant they were out of chicken or if he meant there was no chicken for me.

Fortunately we made it out alive. (After passing the drunk couple at the door again, who yelled after us that it was a shame there was no kids menu.) No kidding.

Indian food is not Indian food without Naan (at least in my book). It is the most delicious buttery flatbread you will ever eat. They are traditionally made in Tandoori ovens, but I’m pretty sure you don’t have one of those. Neither do I, so our best bet is to use the stovetop. (I’ve tried doing it in the oven at 500˚ but get poor results every time).

This is very good with Chicken Tikka Masala, or any other Indian dish where there is lots of sauce to mop up. You can also use them as the flatbread in the Chicken Shawarma that I posted on Monday. Yum!!

In a medium sized bowl, combine the yeast, sugar and water. Stir to dissolve then let sit for a few minutes or until it is frothy on top. At that point, stir in the oil, yogurt, and egg until evenly combined.

In a small bowl, combine 1 cup of the flour with the salt. Add the dry ingredients to the yogurt mixture and stir until well combined. Continue adding flour a half cup at a time until you can no longer stir it with a spoon (about 1 to 1.5 cups later).

Turn the ball of dough out onto a well floured counter top. Knead the ball of dough for about 3 minutes, adding flour as necessary to keep the dough from sticking. The dough should be smooth and very soft but not sticky.

Loosely cover the dough and let it rise until double in size (about 45 minutes). After it rises, separate it into 8 equal pieces.

Heat a large, heavy bottomed skillet over medium heat and spray lightly with non-stick spray. Working with one ball at a time, roll it out until it is about 1/4 inch thick or approximately 6 inches in diameter. Place the rolled out dough onto the hot skillet and cook until the under side is golden brown and large bubbles have formed on the surface, about 1 minute. Flip the dough and cook the other side until golden brown as well, about 30-45 seconds. Brush with melted butter, or rub them with a stick of cold butter. 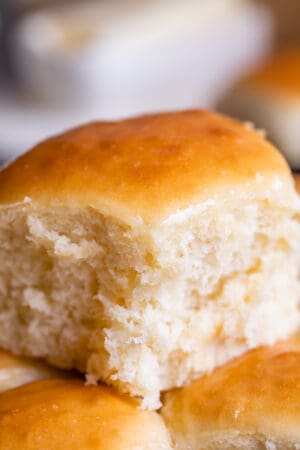 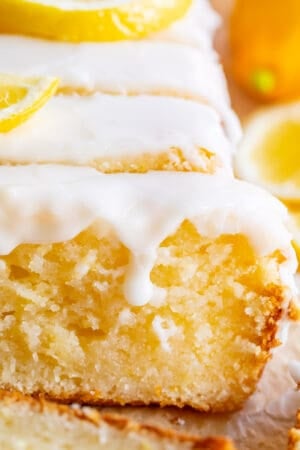 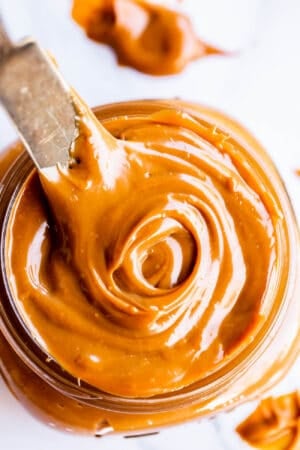 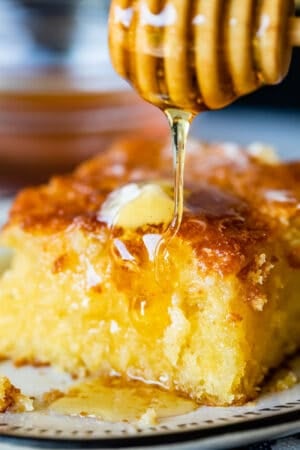