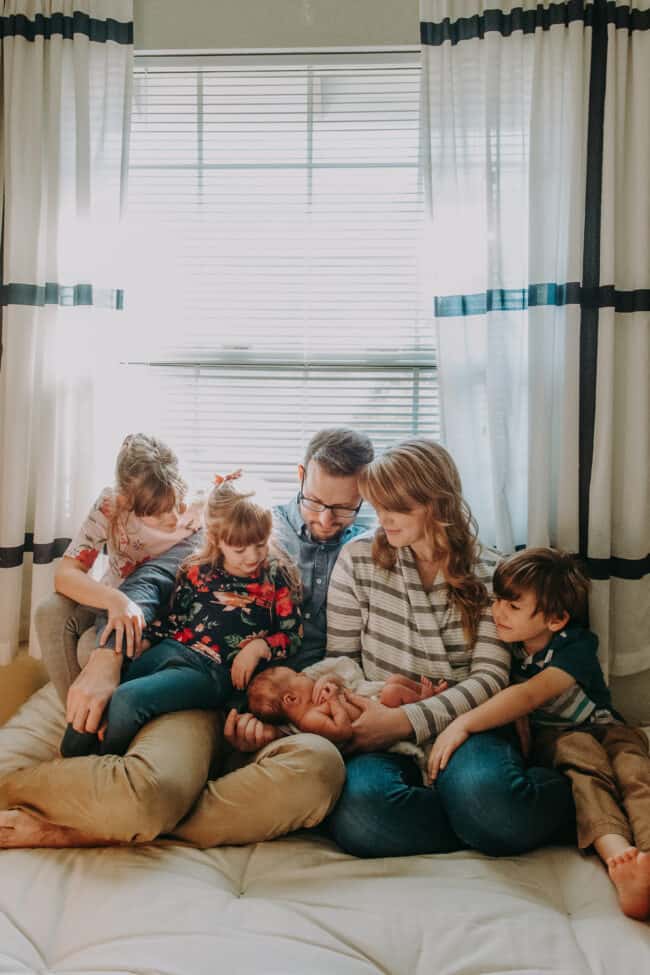 I love to make food for my family and share it with the internet, because that’s totally normal. I post family-friendly recipes that your kids will eat, that won’t break the bank, and yet will still get people hunting you down at the church potluck.

Sometimes I forget important things, like adding the dry ingredients to my cookies, so that they bake into a puddle of soup. Please tell me this happens to you sometimes?? I will cry into a glass of milk and an entire package of Oreos if I find out I’m the only one who has epic kitchen failures occasionally.

Charlatan: someone who makes showy pretenses to pretended ability. Food Charlatan: A cook who likes to take pictures of her food, even though her kitchen (that you can’t quite make out in the background) looks like a 10 pound bag of flour exploded.

Cooking and baking is a learned skill, no one is born with it. If sometimes you accidentally add cayenne pepper instead of cinnamon to your Apple Pie, I won’t judge you. In fact, come on over. I’ll bring the Oreos, you bring the milk.

You may be wondering…

My husband/permanent cuddler. We met in college, dated for a while, then I broke up with him. He delivered Almond Roca Bars to me later that day, which I thought was a strange gesture at the time. Later I found out that he didn’t know I had broken up with him. And here we are, 12 years later, still having these great instances of pure communication. 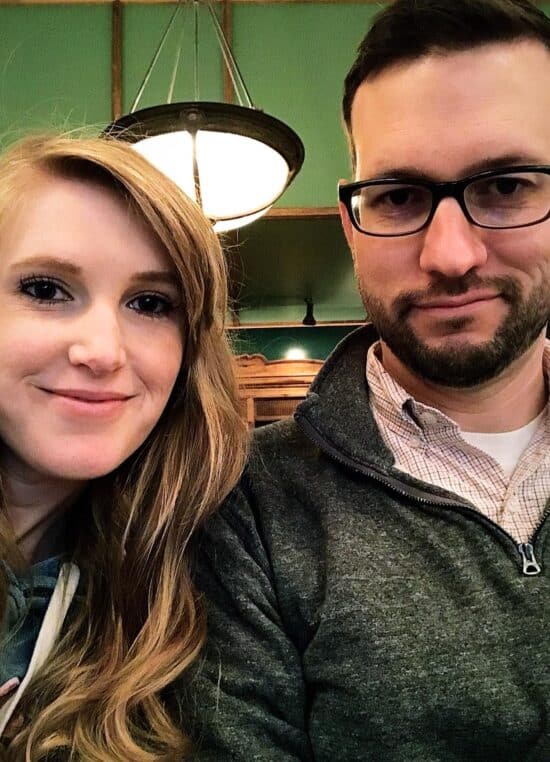 Charlotte is my 9-year-old daughter. If Charlotte ruled the world, we would stay up way too late reading every night, bake cookies any chance we got, and be an amazing big sister. Seriously I think she feeds and holds the baby more than I do. She wants to be an art teacher when she grows up! 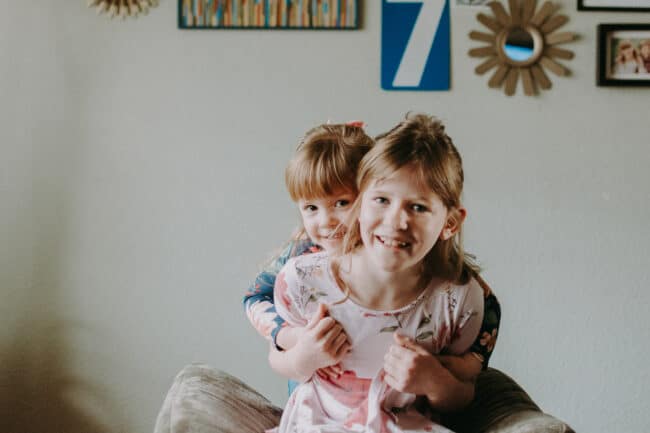 Truman is my 7-year-old son. On his 5th birthday, I asked him what kind of cupcake he wanted. He said chocolate, so that’s what I made. Then at his party he blew out the candle on his cupcake and set it aside. “Aren’t you going to eat it??” He said, “I don’t like cupcakes.” Apparently I was asking the wrong question. He has not come to his senses yet about desserts in general, and I’m fearful that he never will. I’m still not sure if he’s really mine. (Don’t worry, I love him even if he is from Mars.) 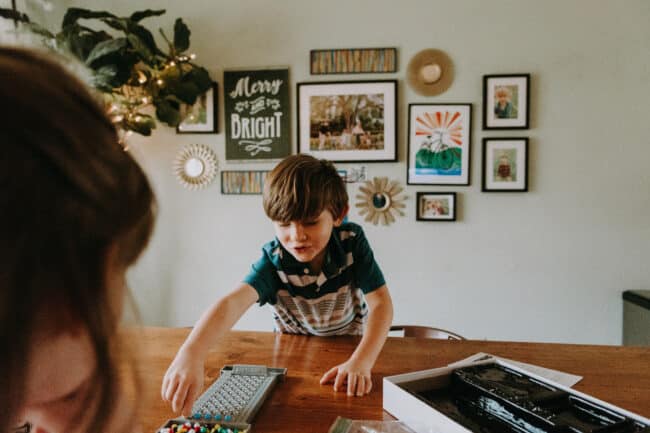 Valentine is 3 and pretty much ready to take over the world. More people have told me that she should be on TV than I can count. The other day in the morning she crawled in to bed and snuggled up to her dad, who was on his phone. “Whatcha readin?” she said. The news. “That’s boring.” Well said Valentine, well said. 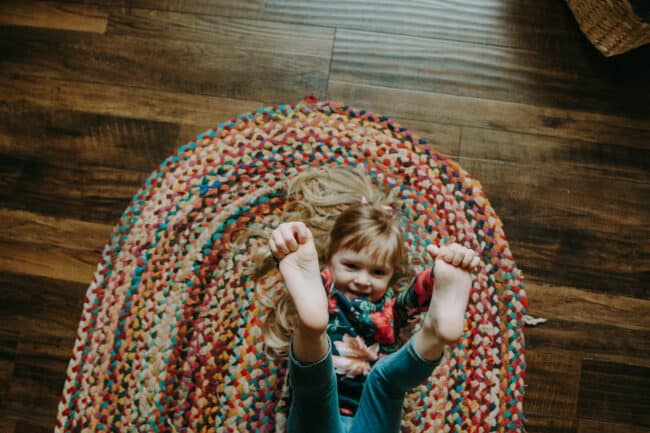 Edison is the new kid on the block and still has to earn his stripes. Just kidding. He was born a few months before the entire world shut down for Covid, so he will have an interesting anecdote to talk about with people, even though he will remember none of it! Lucky him. 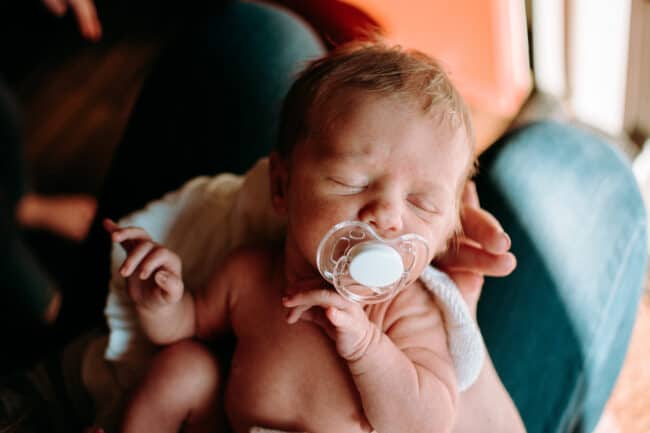 So, you write a food blog? How’d you decide to do that?

In fall of 2011 I discovered the whole “food blog thing.” Late internet-bloomer much? My first college roommate had to teach me how to Google. Not kidding. I thought it was the coolest. thing. ever. (The food blog thing. Not the internet. I don’t have to tell you that the internet is the coolest thing ever.) I loved the community, the feeling that we were all sitting around chatting about who’s making what for dinner tonight in a big, virtual kitchen.

I toyed with the idea of starting one myself, but the overwhelmingness of it all held me back. If I had to declare my relationship with computers, I would say “It’s complicated” with a super classy :/

I’d never had a blog, the internet hated me, and oh, I didn’t know how to take pictures. At alllllllll. (Here’s one of the first pictures I posted on The Food Charlatan, Slow Cooker Chicken Taco Soup. Oh help.)

I wasn’t stupid, I knew how it worked. No one wants to look at pictures of ugly food. Ugly food, no visitors. No visitors, why don’t I just create a word document on my computer? Because blogging is about community.

I had already written off the idea of starting my own, but I couldn’t stop obsessing over my favorite food blogs. I finished every post thinking, “I could totally do that.” Then one day in October 2011, I just had this moment where I was like, you know what? Who the heck freaking cares? My blog may be ugly as sin, but I’m gonna do this thing, dangit!

I jumped on my computer and started a free WordPress blog, calling it The Food Charlatan. I had it done in like 10 minutes.

Why did you name it The Food Charlatan?

Because my daughter is named Charlotte. And because I think charlatan is a cool word to say. (Go on, say it, you know you want to.) And especially, because I don’t have any special kitchen training, so I’m like a charlatan, a quack. My mom loves to tell people about how when I left the house all I could make was jello and chocolate chip cookies.

What kind of food do you blog?

Everything! I love food, so much. Think of me like Cookie Monster, only for all foods. A food-monster. I love Crème brûlée, hot dogs, caramelized onions, and Cheetos. (I still hate sushi. I’m working on that. Don’t hate me.) Check out the Recipe Index to see all my stuff. If you have any recipes I should try out, let me know. I’m always looking for new ideas!  Email me!

Um, YES! In fact, I have a huge crush on you personally. Seriously, when readers make comments on the blog, or send me emails, or interact on my Facebook page, little red hearts replace my pupils. It makes me so happy to hear from you guys. Like I said, blogging is about community, and the fact that you took the time to stop by fills my soul with warm molasses cookies. Or something like that.

Feel free to stick around a while! You might want to start with this list of my Top 10 Recipes Ever. Or here’s more: 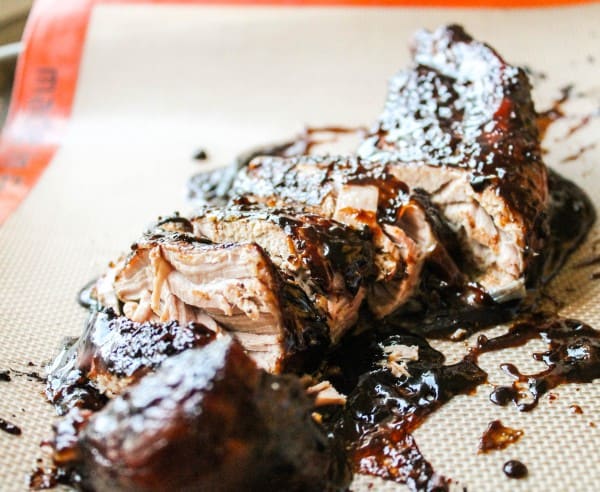 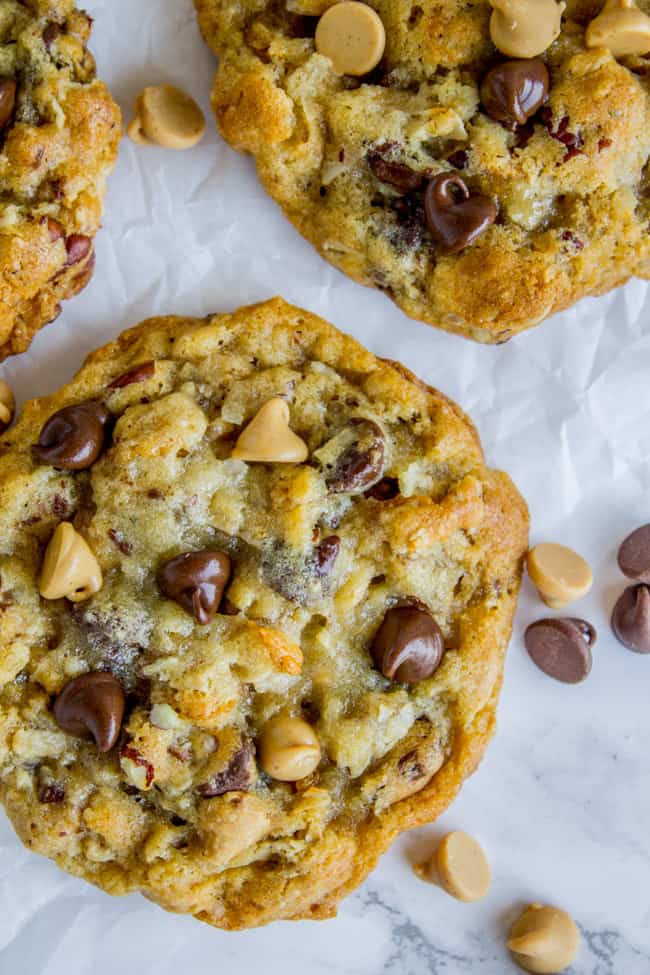 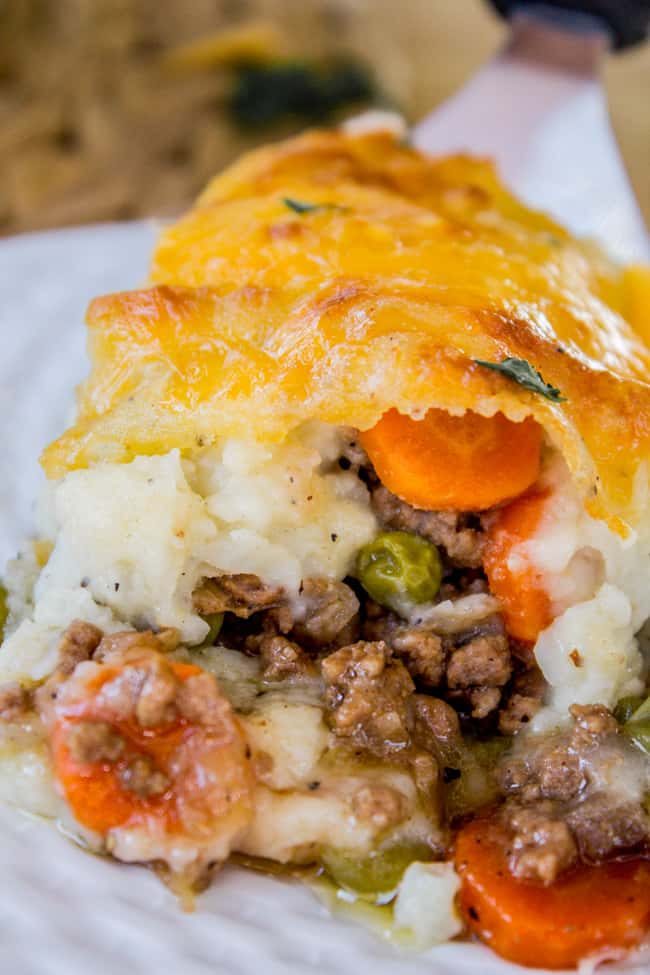 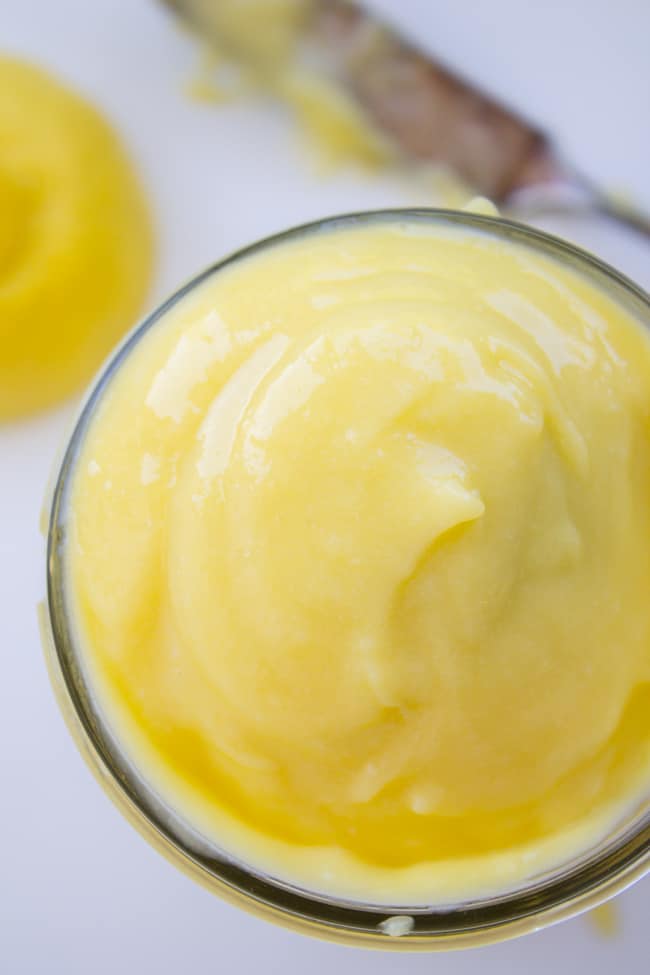 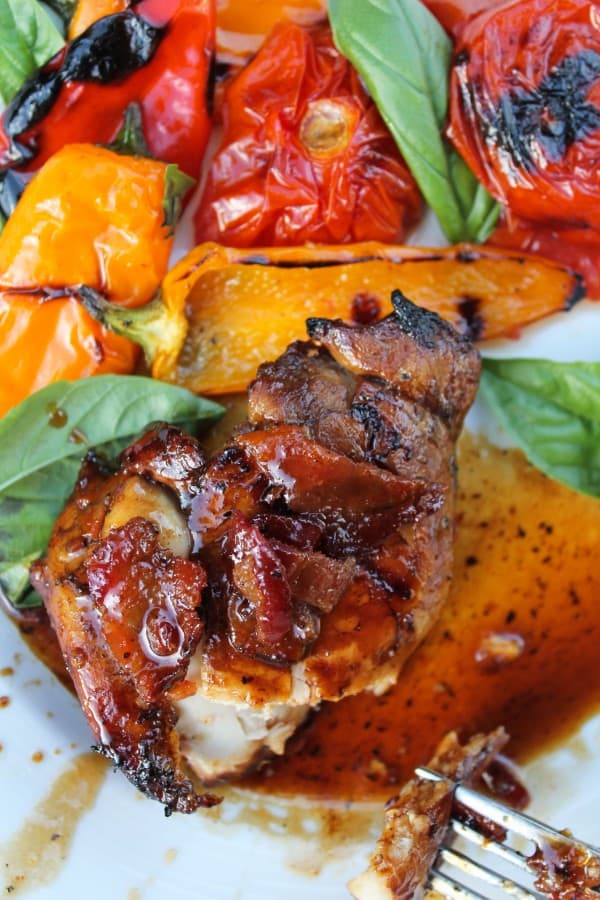 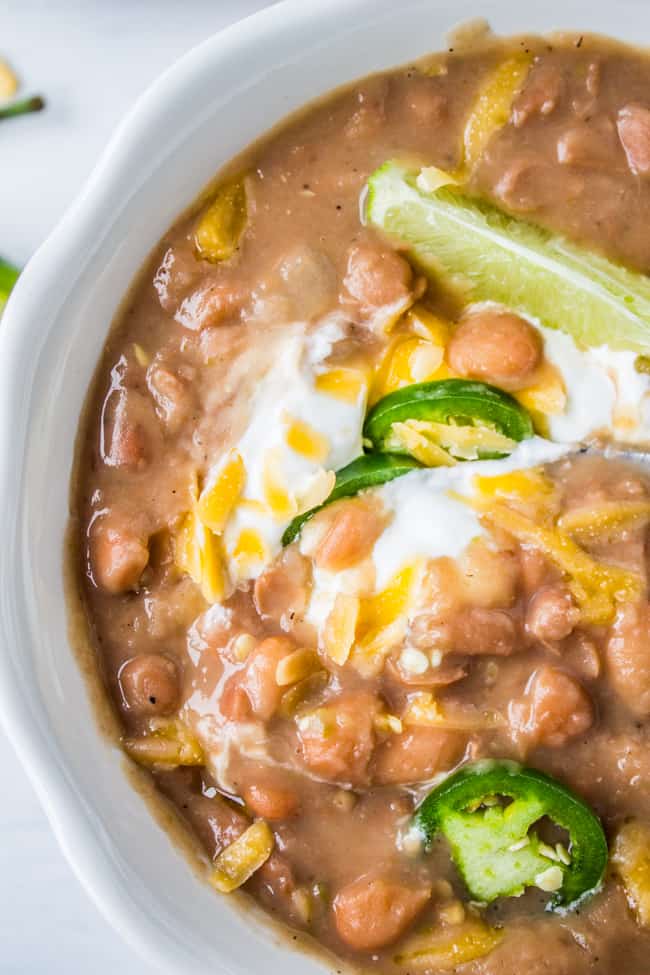 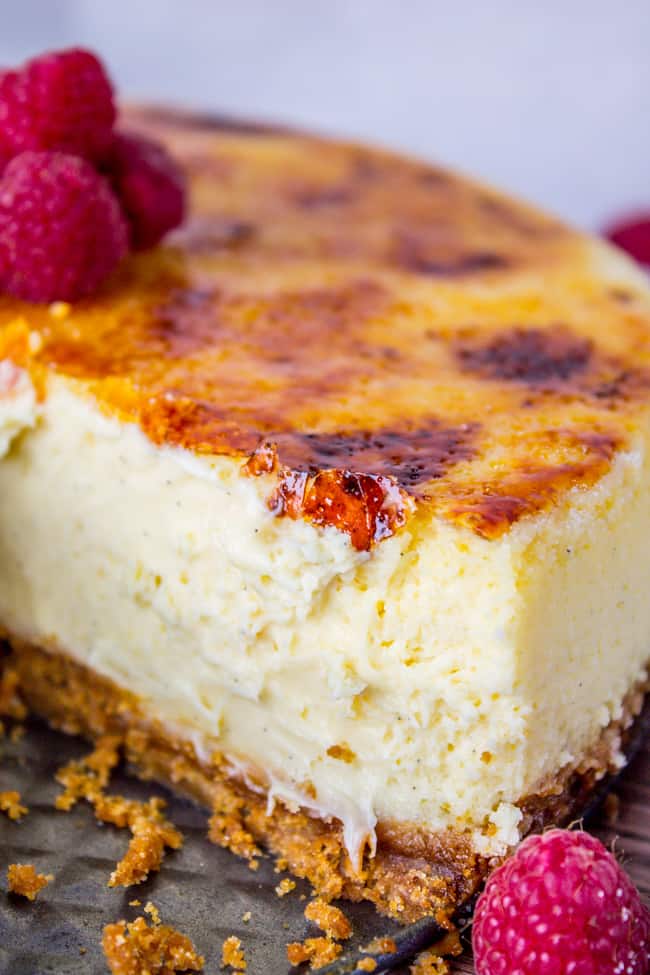