Make Ahead Turkey Gravy for Thanksgiving 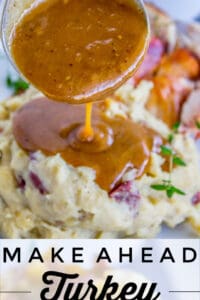 This Make Ahead Turkey Gravy is so easy and saves tons of time and stress on Thanksgiving Day! No more running around while the turkey gets cold, trying to skim fat and whisk out lumps while everyone stares at you because you misjudged your time and they are starving. (Oh, is this just me??) 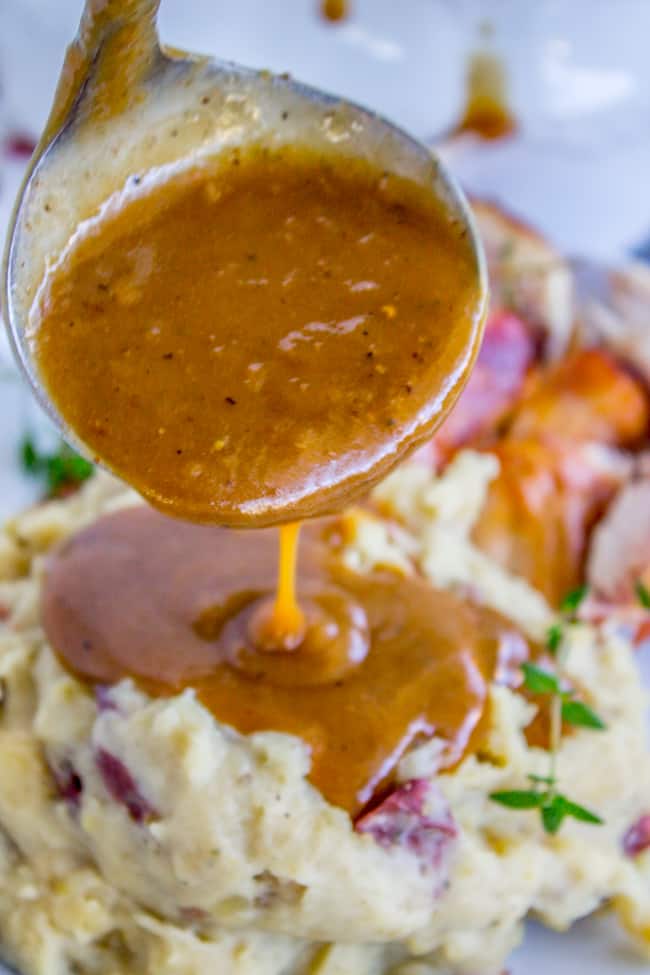 Sometimes when I’m in public I pretend to be a more concerned mother than I actually am. Like when Truman falls and bumps his head and the ENTIRE populace of Starbucks stops in its tracks to make sure he’s okay. And what I say out loud is, “Aw, yeah, poor guy, he hit his head!” But what I really want to say is, come on people, this happens every day, let’s not get choked up here. Two-year-olds have heads made of STEEL.

It was actually kind of awesome. Truman fell from a barstool and hit the back of his head going down. Before I could maneuver myself to a position where I could pick him up, an Asian man came out of nowhere and swooped Truman up in his arms, then handed him to me. I wish more strangers would do this kind of thing for each other! It was so refreshing. 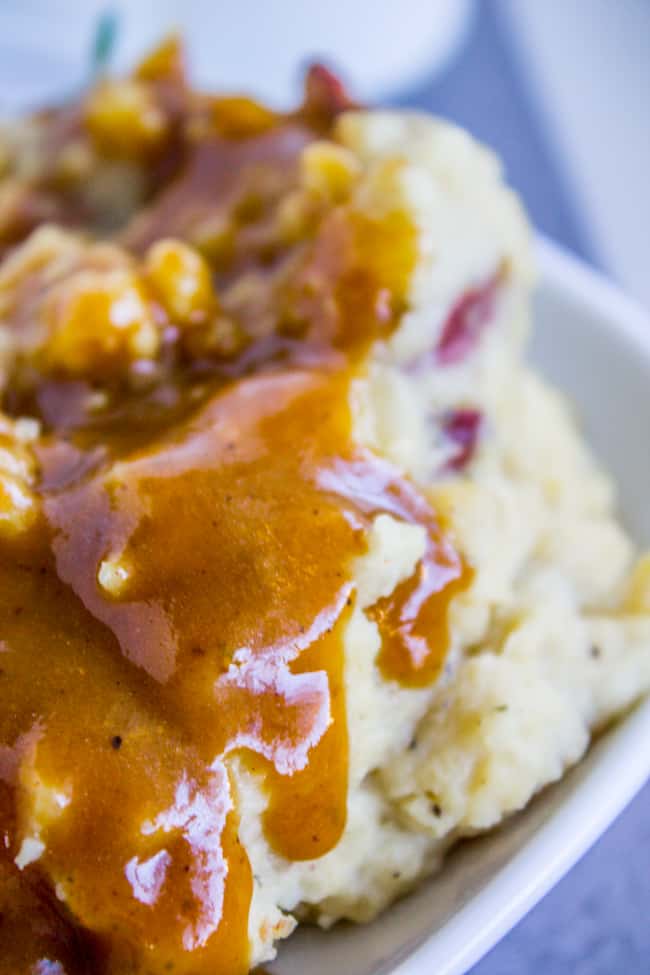 It reminded me of this video Eric showed me about a Japanese reality TV show that films kids as they complete their first errand. Apparently in Japan, parents start sending their kids on short errands when they are very young, like 3-5 years old. This would be impossible here in the US because 1) there are no stores close enough to walk to and 2) children are taught to mistrust adults they don’t know. It’s the opposite in Japan. Kids there are taught that they can trust adults, even if they are strangers. 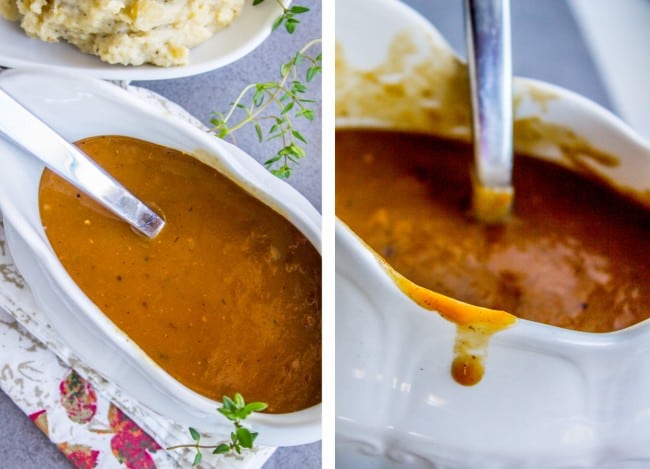 I think this is how the world ought to be, personally. Our culture has taken the distrust so far that I can no longer leave my sleeping son in the car for 5 minutes while I pick up some milk without worrying that someone will take a video and turn me in to the police. We were all raised not to trust each other, and so we don’t. A bystander doesn’t trust that I’m not negligent, and I don’t trust a bystander not to turn me in. It’s so sad. I would much rather teach my children that MOST people are kind and well-meaning, with a few who aren’t, instead of the other way around. 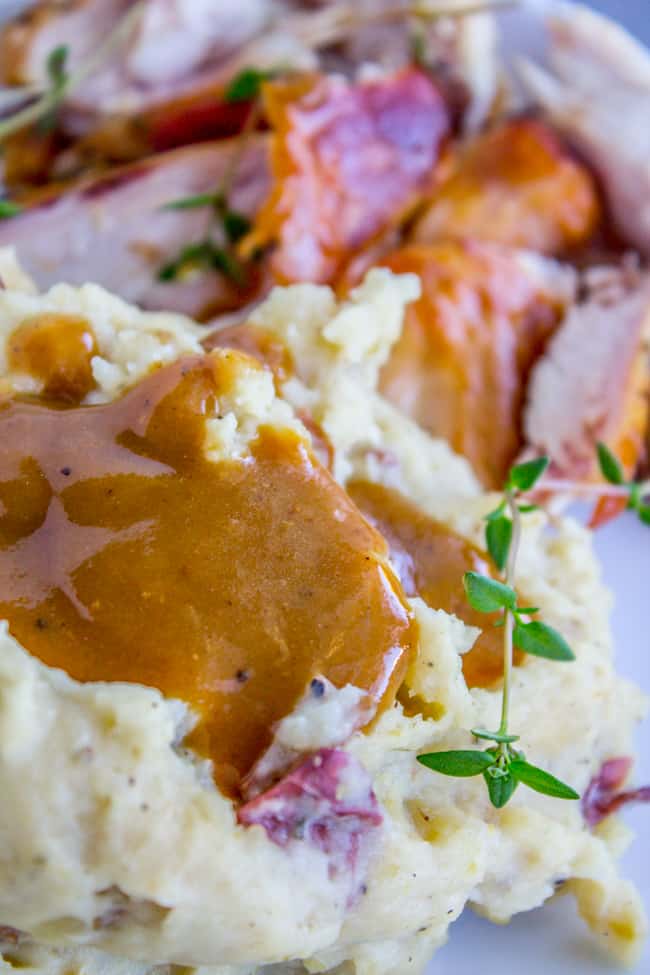 So I really just love it when a random stranger (a MAN, no less, not a fellow mother-warrior) has the guts to scoop up my kid when he falls down, even if it goes against the American “mind your own business” culture. It fills me up when I see people taking care of people. Do you have any opinions about this? I’d love to hear what you think in the comments.

Who loves making gravy at the last minute on Thanksgiving? I just love pulling that bird out of the oven and frantically pouring off the juices to whisk up my homemade gravy. Said no one ever! I feel like gravy is the most stressful part of the entire meal. You need the turkey juices to make it (pray there is enough!), but you can’t get the juices until the turkey is done, and then your turkey sits getting cold while you whisk like mad over a hot stove. It’s kind of a nightmare.

Enter make-ahead gravy! My mother-in-law Kris has been using this recipe for years and she just told me about it. You use turkey wings and whatever other parts you can find (neck, thighs, whatever), roast them, boil them, and then make a gravy from those drippings. 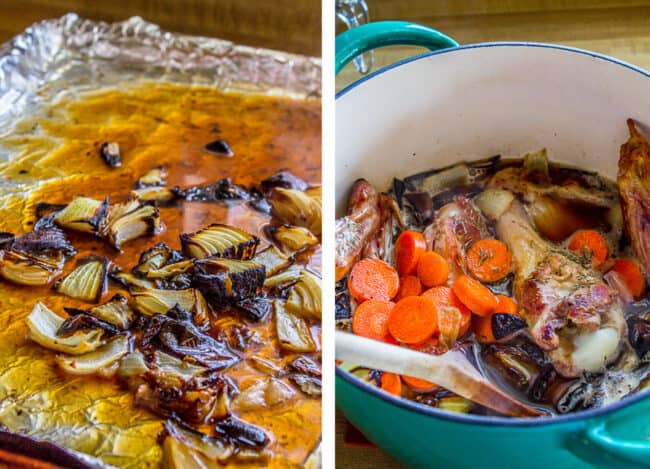 Below on the right is the broth after I froze it for 20 minutes. It makes it so easy to skim the fat! (Update Nov 2017: You can also use a Fat Separator Measuring Cup. They work amazingly well and are way faster. My sister sent me one in the mail after she read on this post (in 2015) that I still put my gravy in the freezer. Thanks Laura!!)

Then you stick it in the freezer and forget about it until a couple hours before you want to eat. You could literally make this gravy TODAY and have one less thing to do on the big day. Mine’s already in the freezer ready to go! 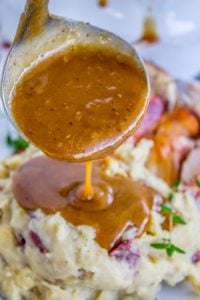 Make Ahead Turkey Gravy for Thanksgiving

Servings: 12 Servings
Prep Time: 15 mins
Cook Time: 3 hrs
Total Time: 3 hrs 15 mins
This Make Ahead Turkey Gravy is so easy and saves tons of time and stress on Thanksgiving Day! No more running around while the turkey gets cold, trying to skim fat and whisk out lumps while everyone stares at you because you misjudged your time and they are starving. (Oh, is this just me??)

You can see in the photos that my roasting pan is lined with aluminum foil, but you don't need to worry about doing that since you want to scrape the browned bits anyway. I just did it out of habit. I used heavy duty foil and it worked out okay. *Instead of chicken broth, I used Turkey Base from Better Than Bouillon. 1 teaspoon + 1 cup water = 1 cup broth. It has a really rich flavor and is perfect for making a very turkey-tasting gravy.

posted November 3, 2019 by The Food Charlatan 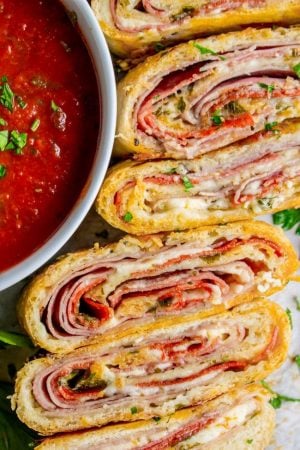 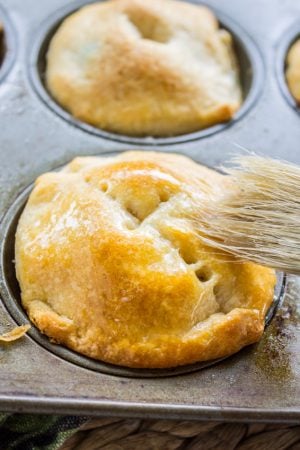 81 comments on “Make Ahead Turkey Gravy for Thanksgiving”