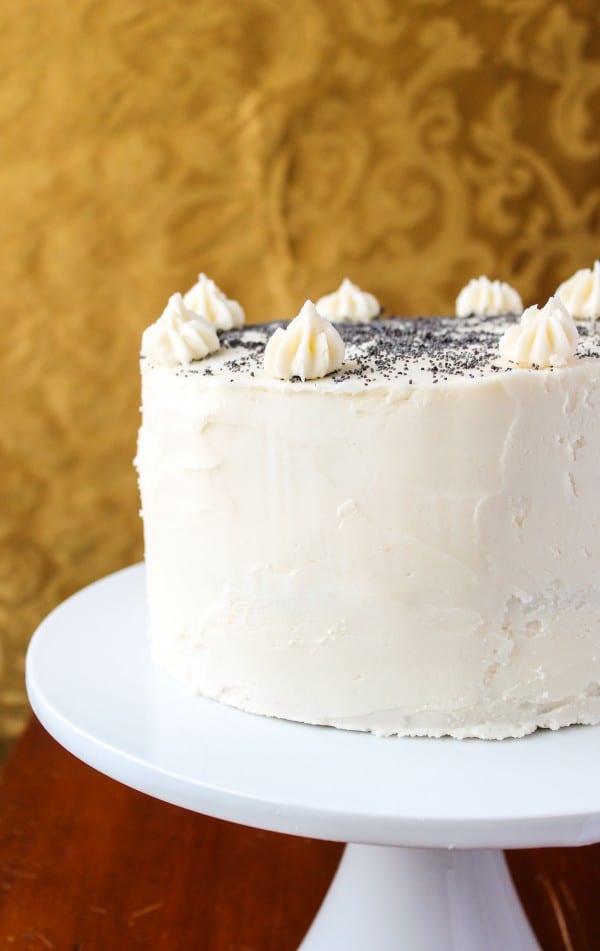 Do you ever have those days where you feel like you’re watching someone else live your life? Like you’re the creeper on the other side of a two-way mirror? And, like a creeper, all you want to do is grab that idiot living your life and scream, get it together woman! 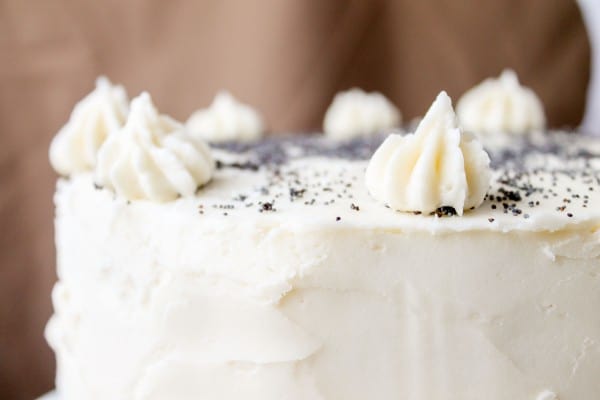 I totally spaced my baby’s well-check up at the doctor this morning. Charlotte had not 1 but 2 accidents at her friend’s house. I burned my arm taking something out of the oven. Then I pulled the door off of our fridge. 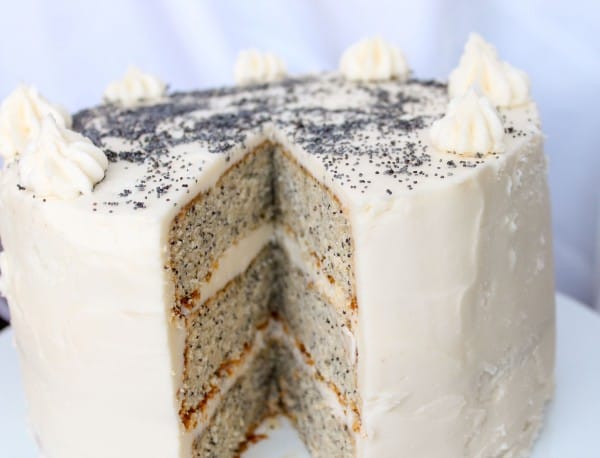 For real. It just came right off in my hand, first one corner then the other. (Remember how we didn’t have a handle on our microwave for 2 years? Maybe the other appliances are picking up on this trend?) 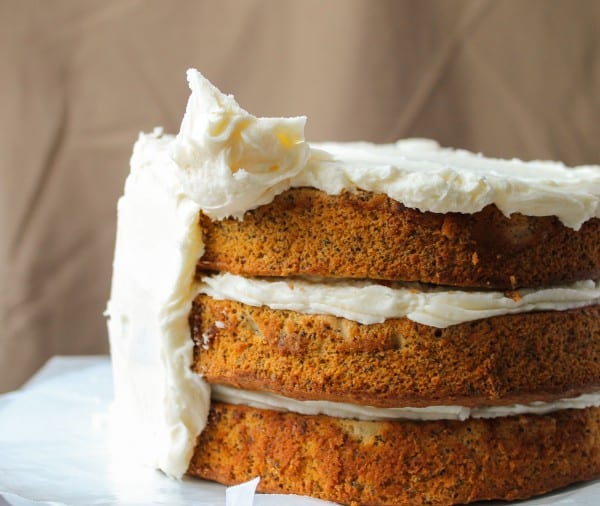 I could not stop laughing. It’s probably a good thing the day ended that way; the alternative was tears, and crying gives me a headache anyway. 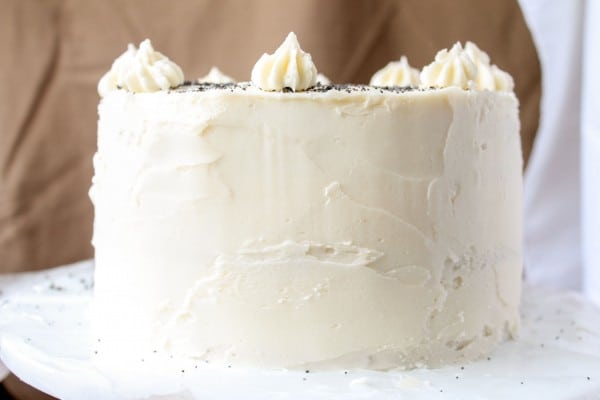 Well, by now you’ve probably noticed the pictures of the giant 3-layer cake I made. I figured what the heck, I might as well go out with a bang.  (I also thought it was a good idea to follow up yesterday’s act with some straight up sugar.)

So far this year I’ve posted healthy stuff, like Indian-Spiced Cauliflower Rice, Cilantro-Lime Cucumber Salad, mayo-free Deviled Guacamole Eggs, and Kale, Chicken & White Bean Soup. If you add all those recipes up, the total net butter amounts to 1 tablespoon. One tablespoon, people! In an entire year of healthy food! This sounds less impressive when I remember that there have only been 14 days so far this year. 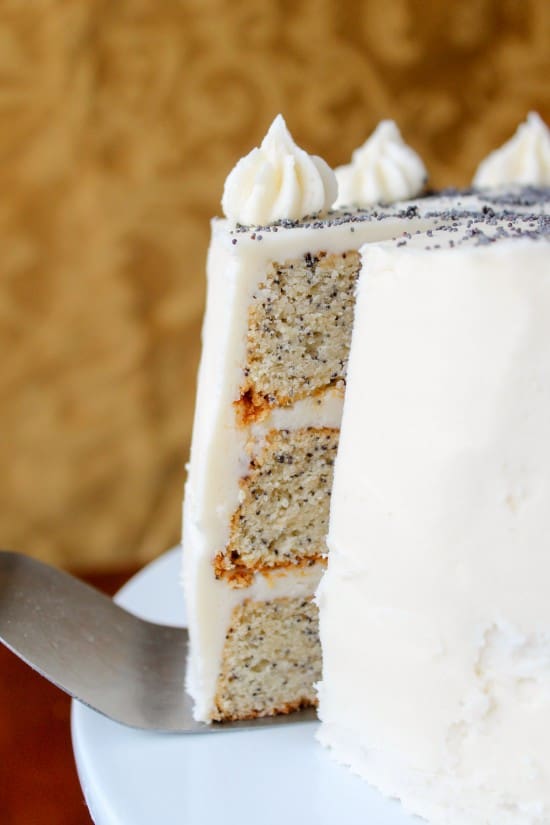 I’m making up for it, I guess. This cake has over a pound of butter in it. Also, if you take a drug test after eating it, you’ll probably get fired.

Waaaaaaaaait! Come back! It’s worth it, I promise. Even if you get fat and buzzed from it.

Just kidding. About the buzzed part at least. 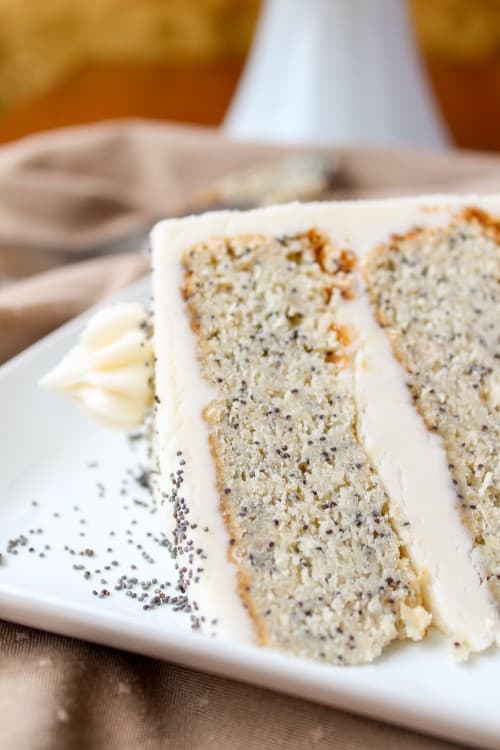 My friends Chels and Josh over at Catz in the Kitchen recently made this for Chels’ birthday, and they said it fed 22 people. Hopefully that makes you feel a little better about all the butter.

The cake is thick, creamy, full of almond flavor and tiny pops of poppyseed. I couldn’t finish a single one of the slices I had. It is beyond rich, and so, so good. I love the hint of cardamom, it’s not a spice usually used in cake. But it totally works. 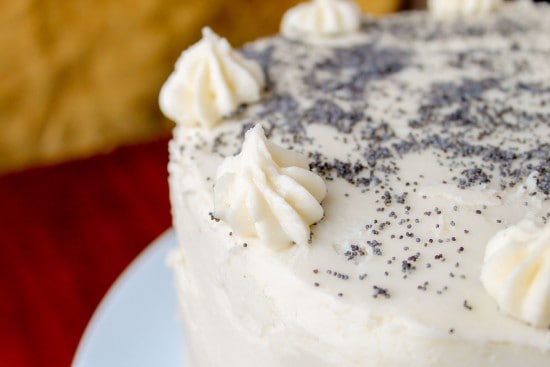 Tips for how to make Spiced Poppyseed Cake 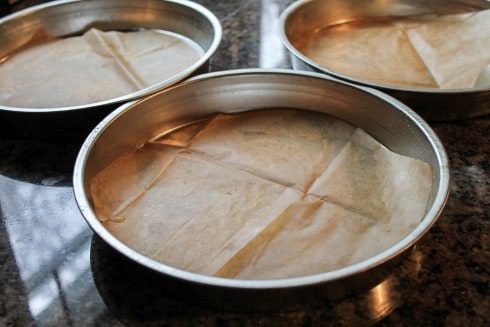 It really makes things so much easier if you line the pans. 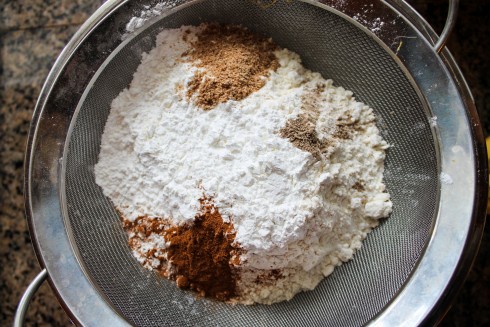 Whisk together all those dry ingredients… 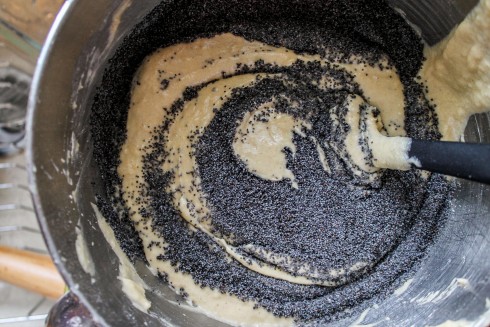 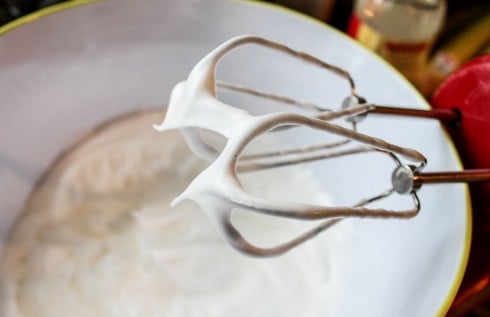 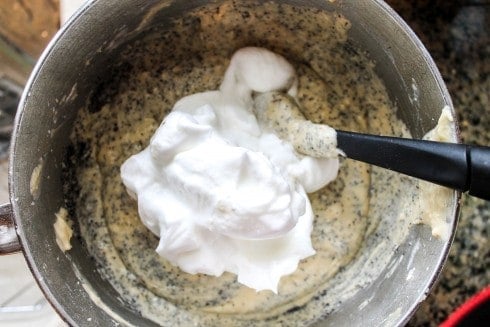 Add the egg whites in 3 additions. 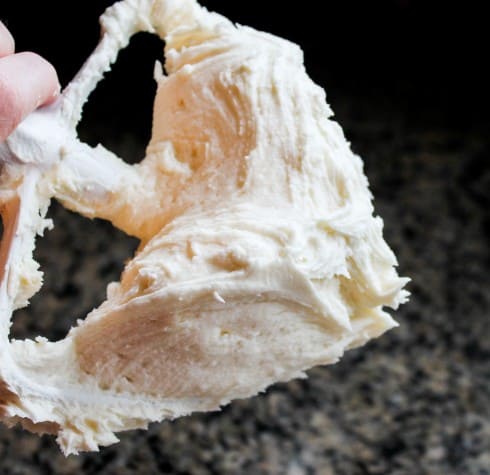 Hello frosting. You want it to be thick enough that’s it’s not falling off when you hold up a spoon, but still spreadable. 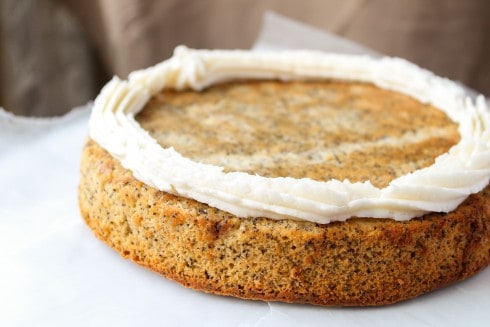 I like to pipe a frosting dam so that it doesn’t all squish out. 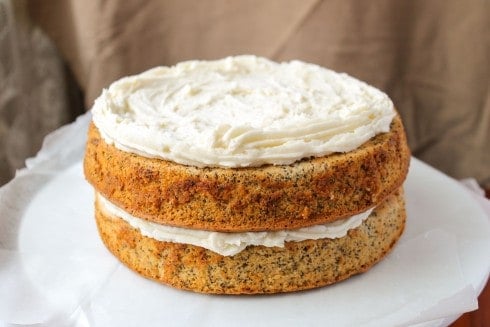 Then spread some more in the middle. Don’t go crazy, you still have to frost the outside of the cake. 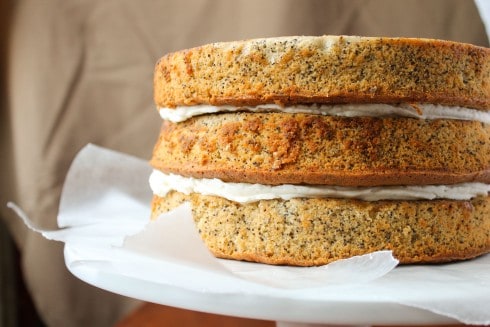 Stack up all 3 layers…

Spread the frosting on top of the cake, then spread the excess down the sides.

Are you following me on Instagram? I just got a smartphone for Christmas and I’m a little obsessed. Come on, let’s be friends! 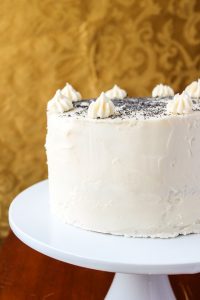 You can replace half the flour in this recipe with white whole wheat flour. Source: adapted from Bake at 350, who got it from Cake Ladies. As see on Catz in the Kitchen.