These ultra rich, decadent brownies are given just the right fall touch with a swirl of pumpkin cream cheese on top. Go ahead, just try and eat 2 of these. 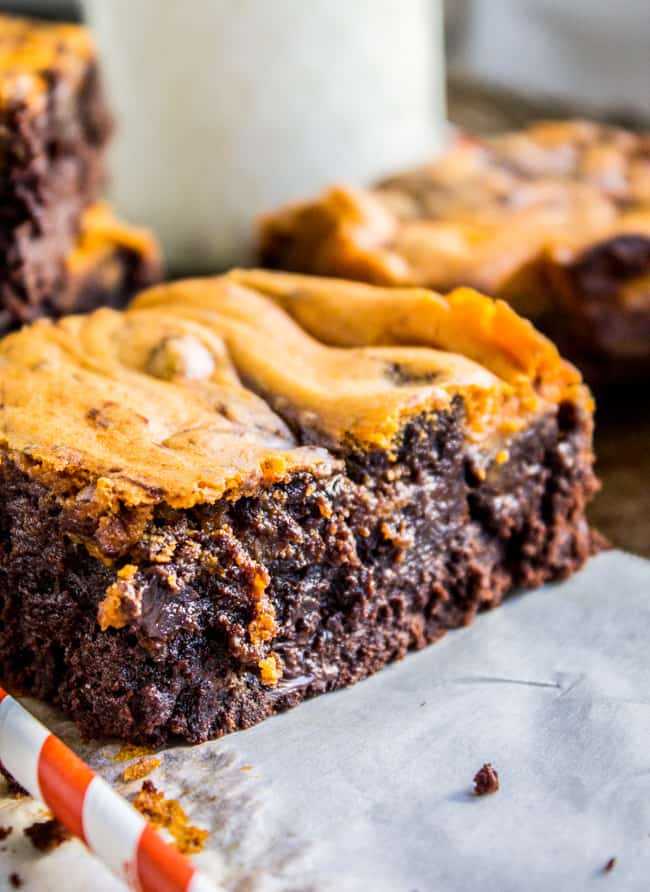 This weekend Eric and I assembled a midsize trampoline for the kids to play on. And by “Eric and I,” I mean that Eric did everything while I shuffled around and said things like, “What can I do!” Mostly I did nothing, except for the time when I used the broom to sweep away some cobwebs and hit him in the FACE with it. 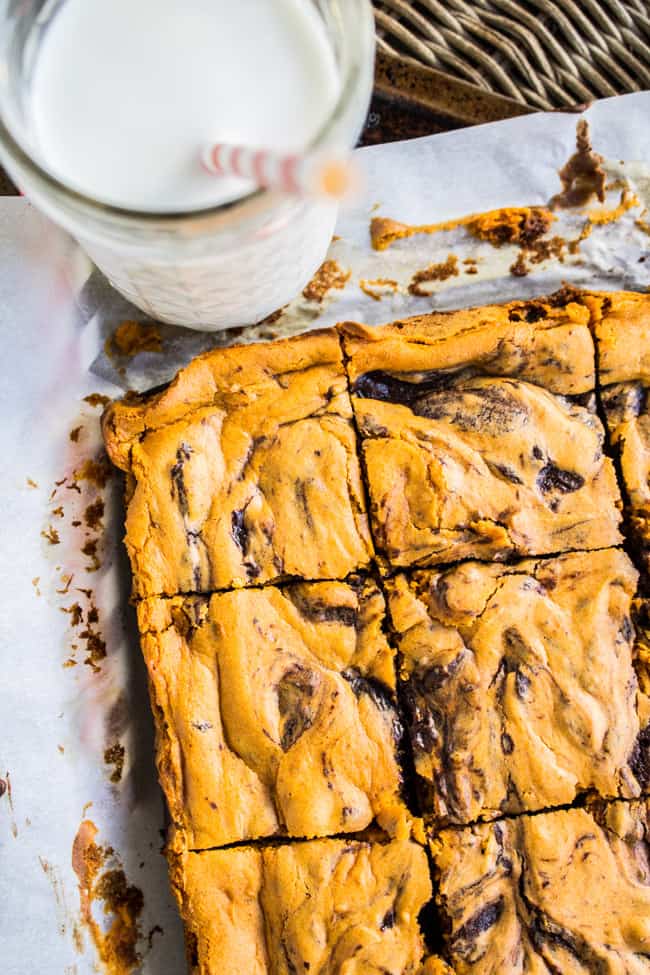 I am really good at being girly and useless sometimes. I even handed over the broom when the Giant Black Widow of Death appeared. I swear it was the biggest I’ve ever seen. What is it with poisonous spiders always hanging out on the kids toys? It’s like THEY KNOW. 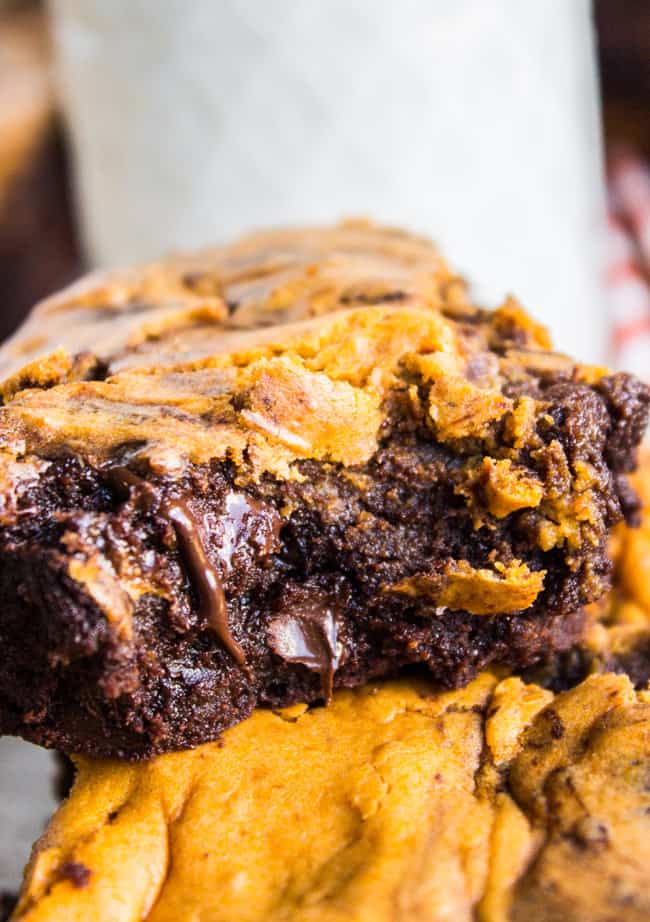 I am girly when it comes to spiders but not when it comes to useful things like crafts. On Saturday I got together with all the ladies from church and we made some fun holiday crafts. And by “we made” I mean that I would try desperately to stuff stuffing into my shirtsleeve no-sew pumpkin, but no matter what I did it looked square. I had to keep asking for help. Like, how do you even mess up stuffing a shirtsleeve? It looked like one of those Pinterest failures. I should have photoshopped a “NAILED IT” underneath. 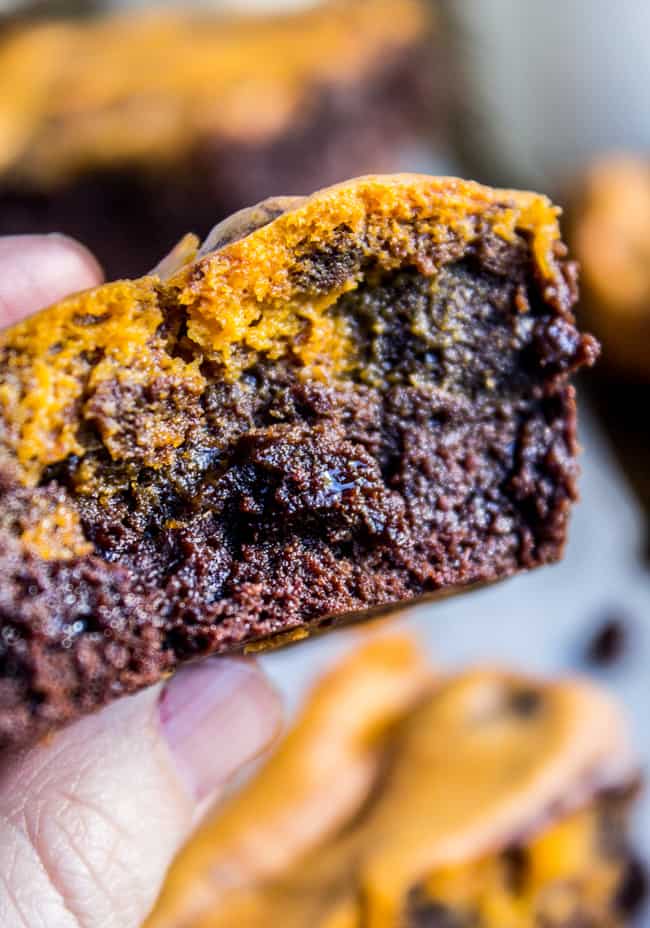 So have you guys made anything pumpkin yet this fall? Here’s your chance! These brownies are craaaaazy. They are my favorite ever, never-to-be-replaced Browned Butter Brownies, with a pumpkin cream cheese mixture swirled on top. You can taste the pumpkin, but it is definitely not over the top. It is just the right amount. These would be perfect for a Halloween party! 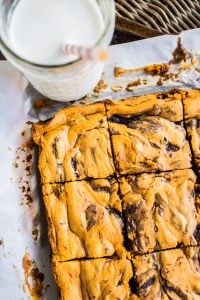 Servings: 16 Servings
Prep Time: 10 mins
Cook Time: 45 mins
Total Time: 55 mins
These ultra rich, decadent brownies are given just the right fall touch with a swirl of pumpkin cream cheese on top. Go ahead, just try and eat 2 of these.

For the cream cheese swirl:

To make the cream cheese swirl:

*Note that you don't HAVE to brown the butter if you don't want to. You could just melt it...but you will be missing out. :)

Here’s the kind of food coloring I used. 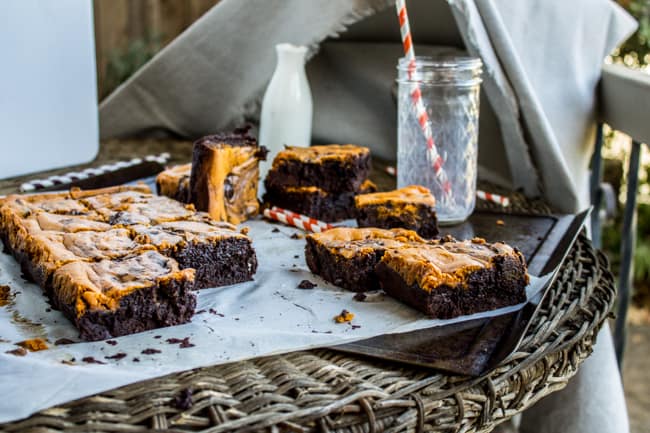 Here’s my photo set up for the day. Still trying to figure out where to shoot at my new house. (And yes, the milk is gone. You need a full glass per square inch of these brownies.) 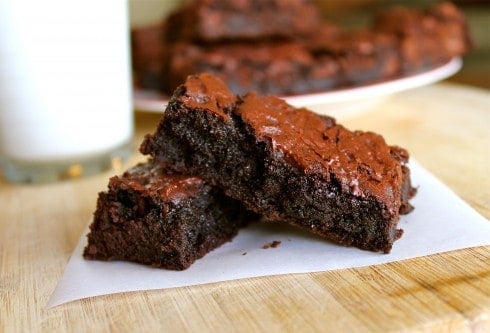 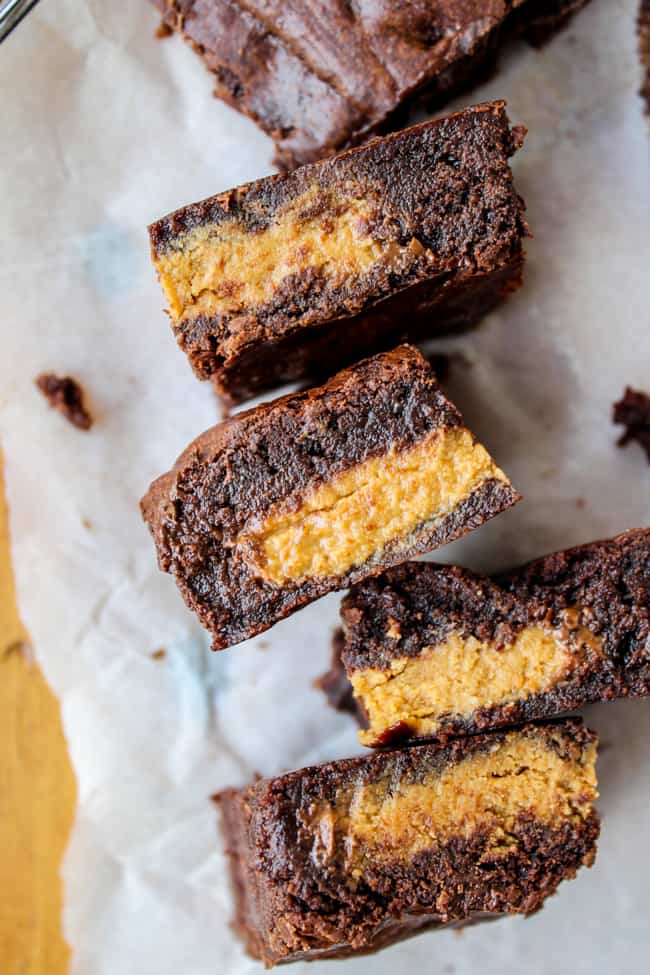 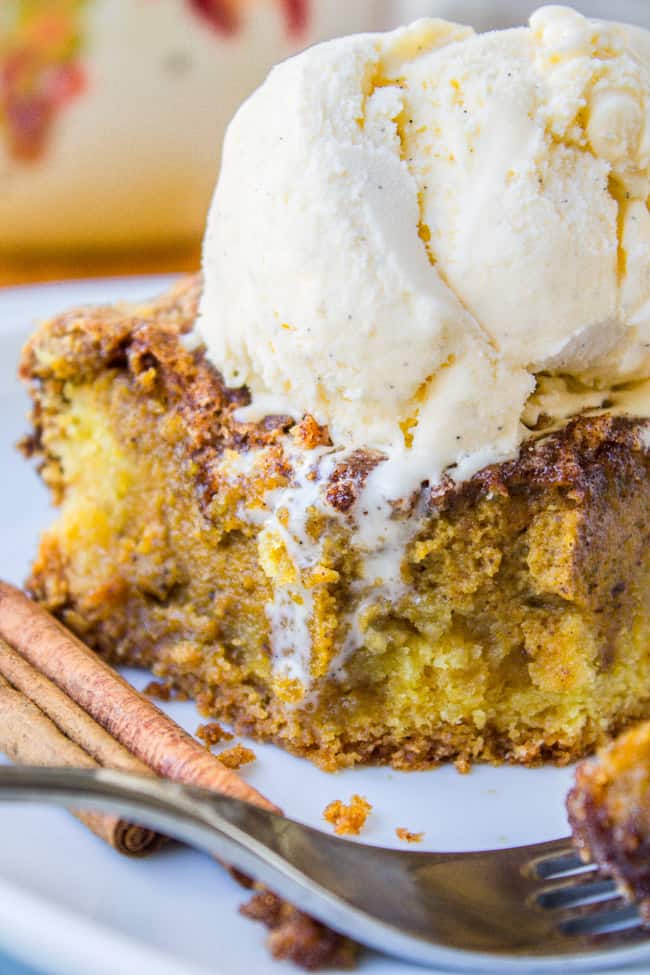 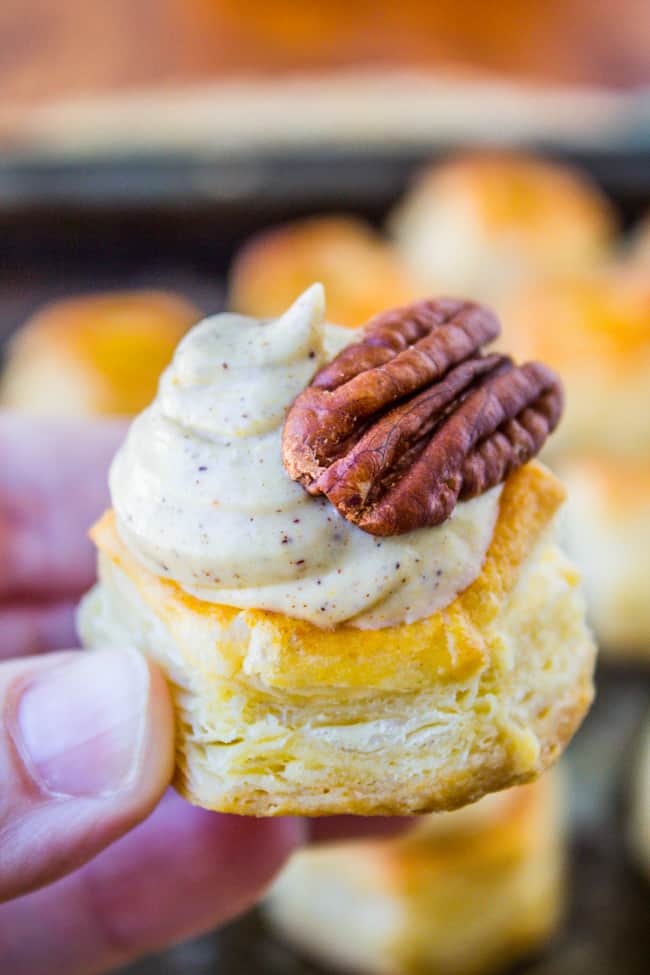 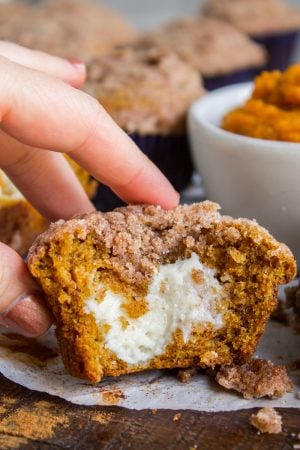