The chocolate cupcake to end all cupcakes! The cream cheese center makes it incredibly moist. (Nothing worse than a dry cupcake, can I get an amen). These are the best Black Bottom cupcakes I’ve EVER had. You totally don’t need the frosting…but I mean come on, live a little. 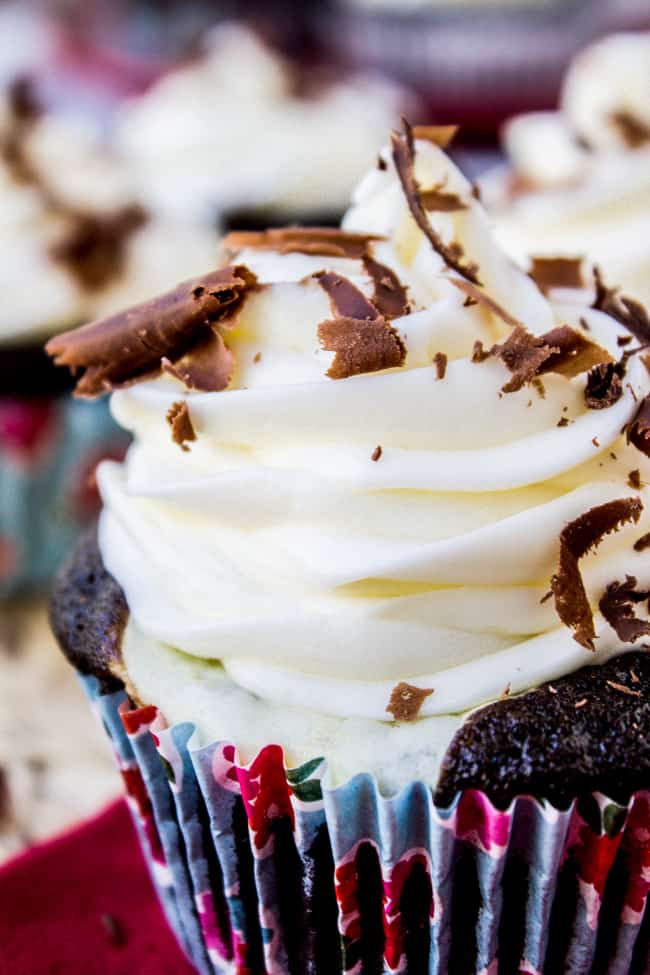 You know what is awesome? When all your friends read the Japanese tidying up book, and you don’t. I already told you about how my BFF came to visit me and spent her whole vacation organizing my pantry. Since then, I’ve had two more friends read the book and purge their closets. You know what this means? Free clothes for Karen.

I tried to explain a capsule wardrobe to my brother Nathan. “Basically it’s where you give away all of your clothes that you don’t wear, and just keep the things you really love.” 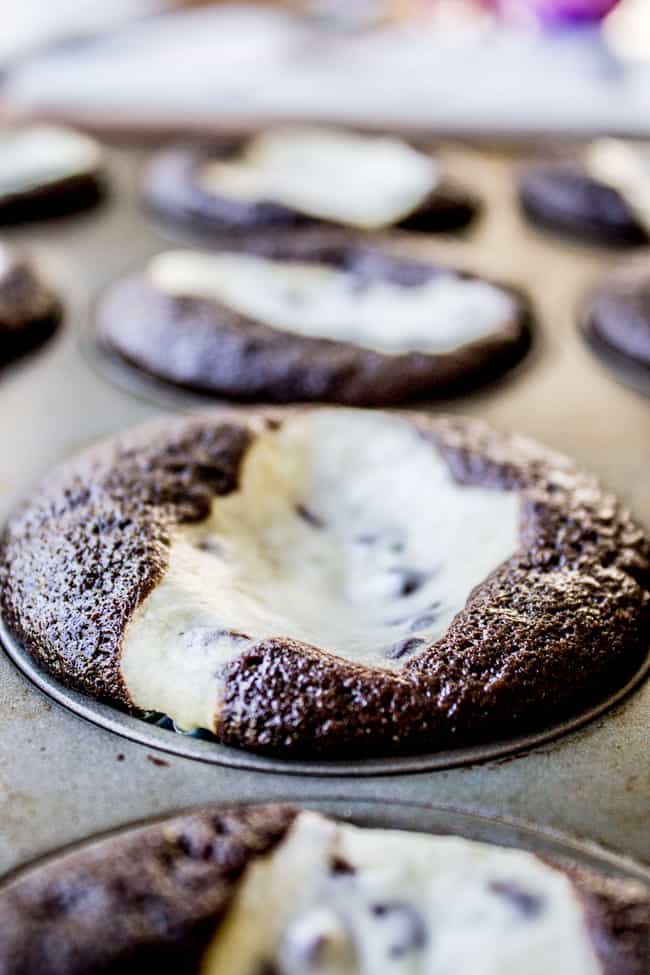 “You just described a man’s wardrobe.”

I think he’s right. Why do women complicate everything?? 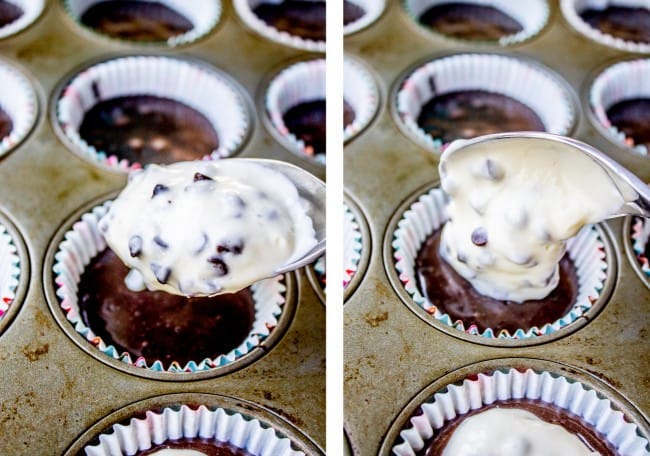 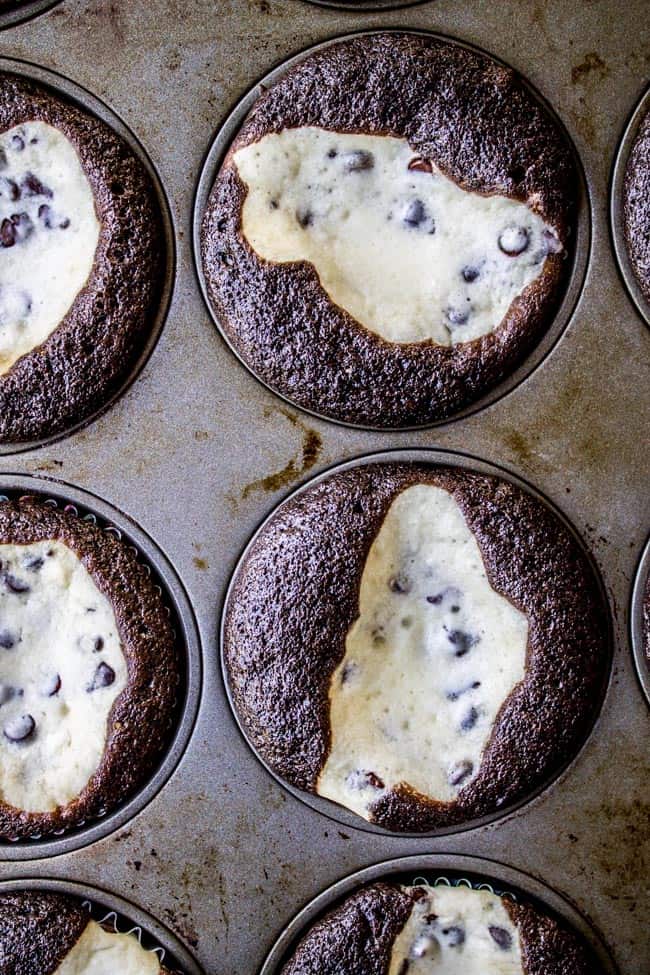 In other news, Charlotte was reading a book today when suddenly she looks up and says, “Mom, what do dinosaurs eat when there are not persons around?”

I told her they eat these cupcakes. (Although REALLY I should have told her what my brother tells his kids: that dinosaurs ate spinach, and if they want to be cool like dinosaurs, they better eat their salad.) 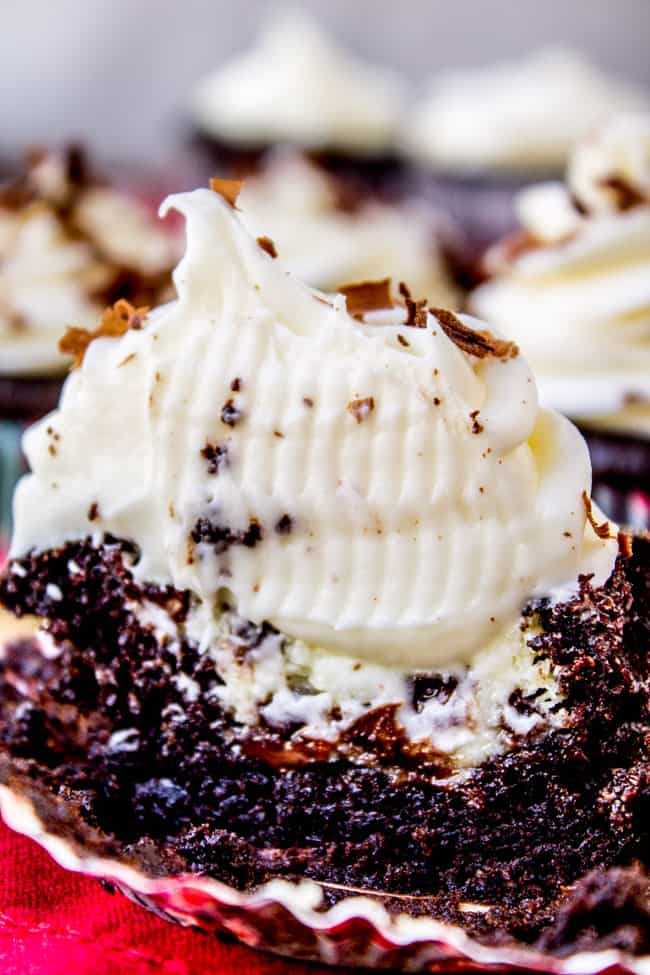 My sister-in-law Sandi gave me her mother’s recipe for these cupcakes after I was telling her once that all cupcakes are dry and not worth the calories. (Who’s with me??) But these cupcakes are SO GOOD. And not dry at all. It’s kind of impossible for them to be, because the center is made of molten cheesecake basically.

They are completely from scratch, but not hard at all. Usually I am all for the doctored cake mixes, but I thought this was pretty simple. These cupcakes are so rich that you really don’t need the frosting, but I included it because what’s a cupcake without a little bling? 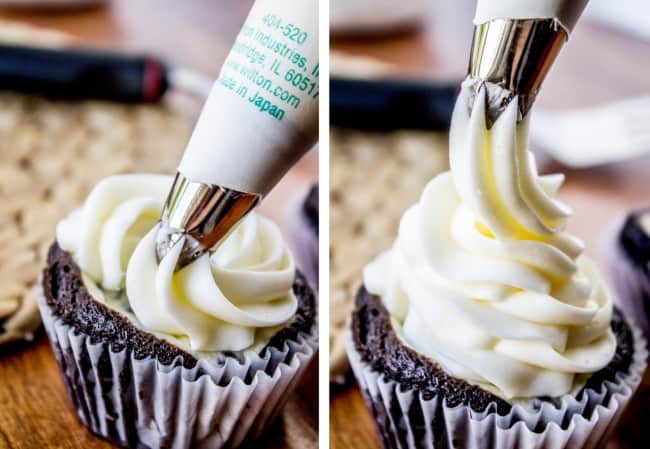 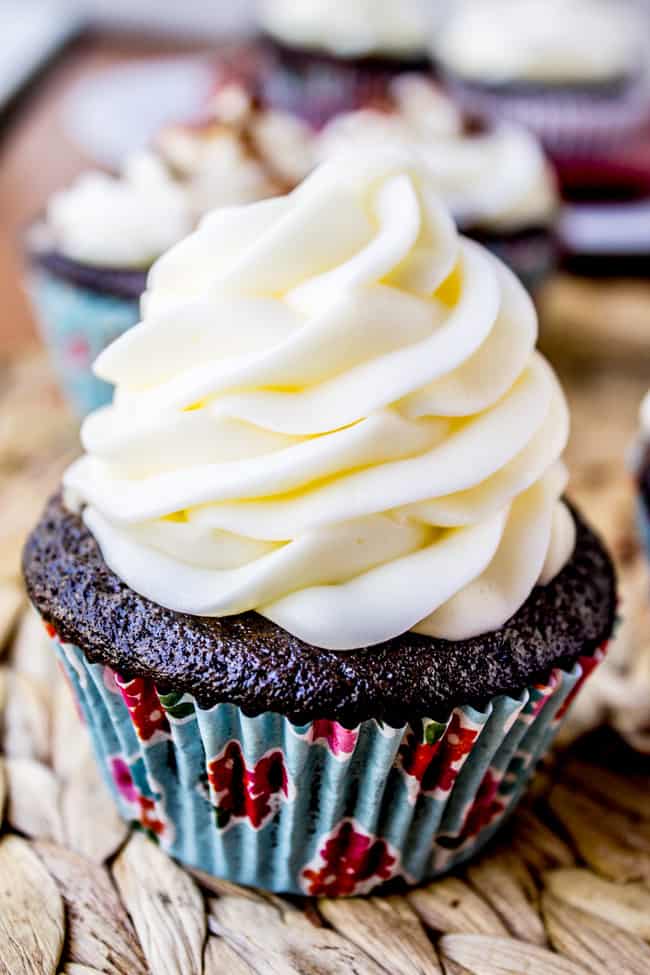 The chocolate cupcake to end all cupcakes! The cream cheese center makes it incredibly moist. (Nothing worse than a dry cupcake, can I get an amen). These are the best Black Bottom cupcakes I've EVER had. You totally don't need the frosting...but I mean come on, live a little.

For the chocolate curls (optional):

You totally don't need the frosting for this recipe. The cupcakes are amazing by themselves. But I mean, it's a cupcake, not a salad. Just go for it. Source: adapted slightly from Food.com 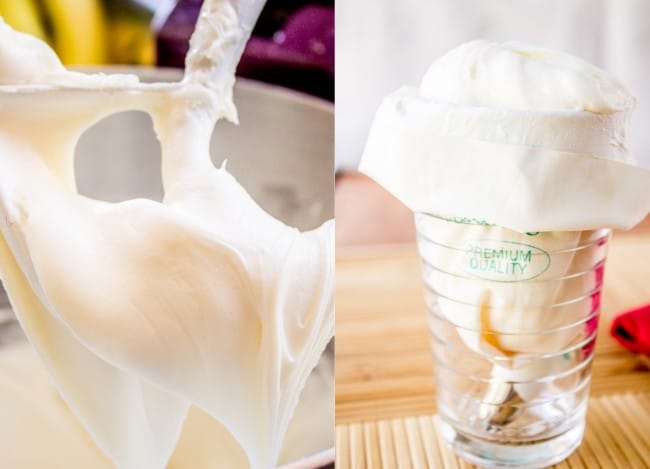 If you are piping the frosting, throw your bag into a tall glass to give it structure while you spoon the frosting in. Here’s my recipe for How to make Cream Cheese Frosting. It’s super easy!

I don’t make a lot of cupcakes, but here are some other cakes you will love!

Strawberry Truffle Cake:   come on now do the Truffle Shuffle with me 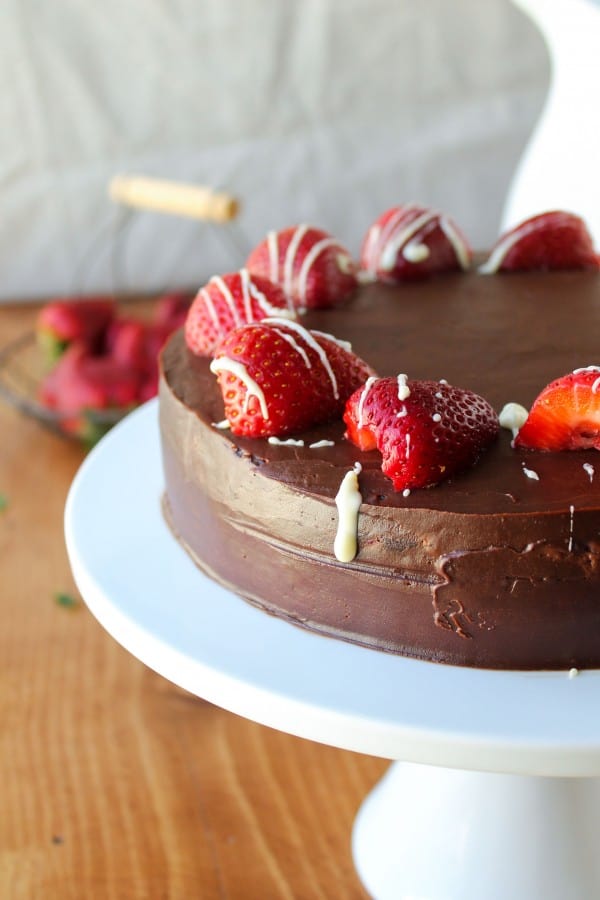 Butterscotch Pumpkin Cake: (You’ll  have to click over to get the story behind this photo…) 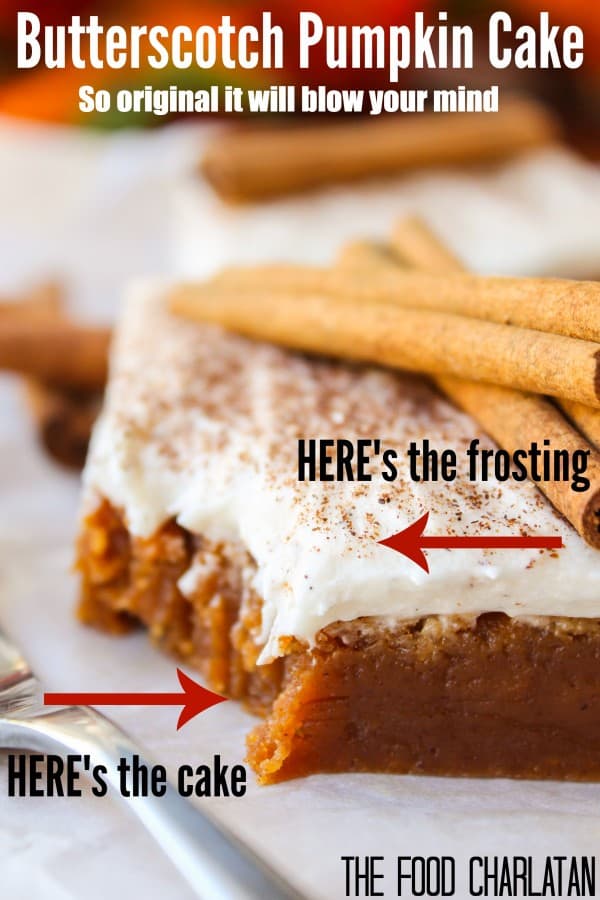 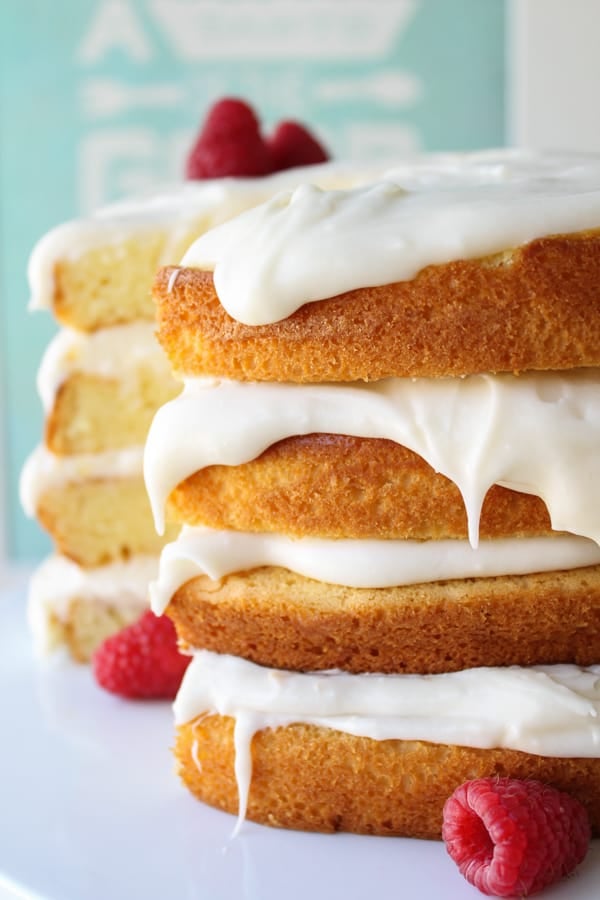