Bananas wrapped in flour tortillas, then fried and rolled in cinnamon sugar. I know, NOT a churro. But it tastes like a banana-filled churro, spot on. And then there’s the Chocolate Peanut Butter dipping sauce, so really I’m not even sure why you’re complaining. 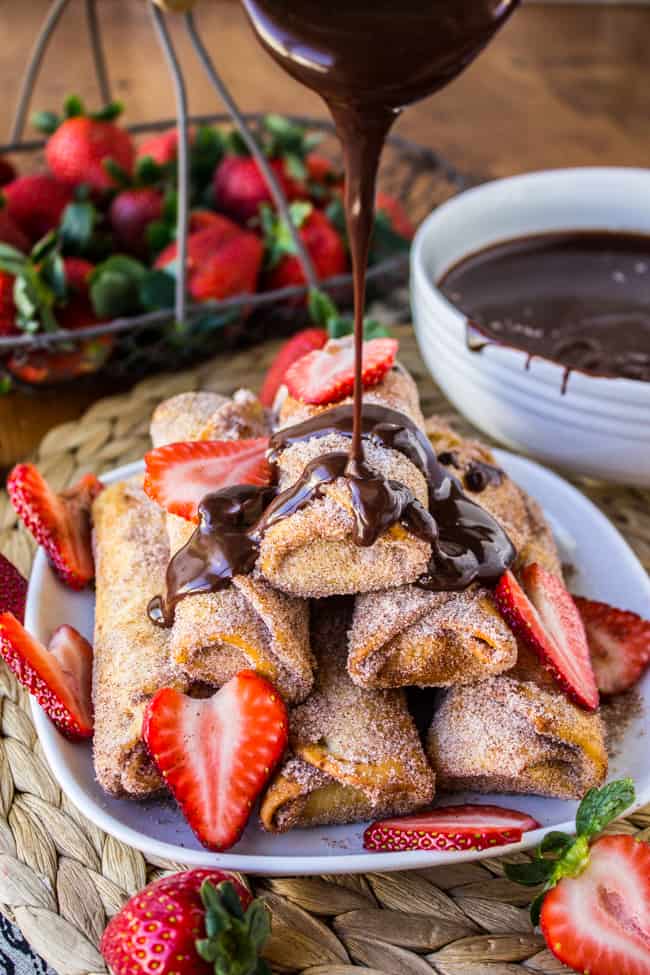 One time a few years ago my friend Sarah and I were chatting about our workout routines. I was like, “Sometimes I run!” (vague, much?) and she was like, “I love to go to my spinning class twice a week!” 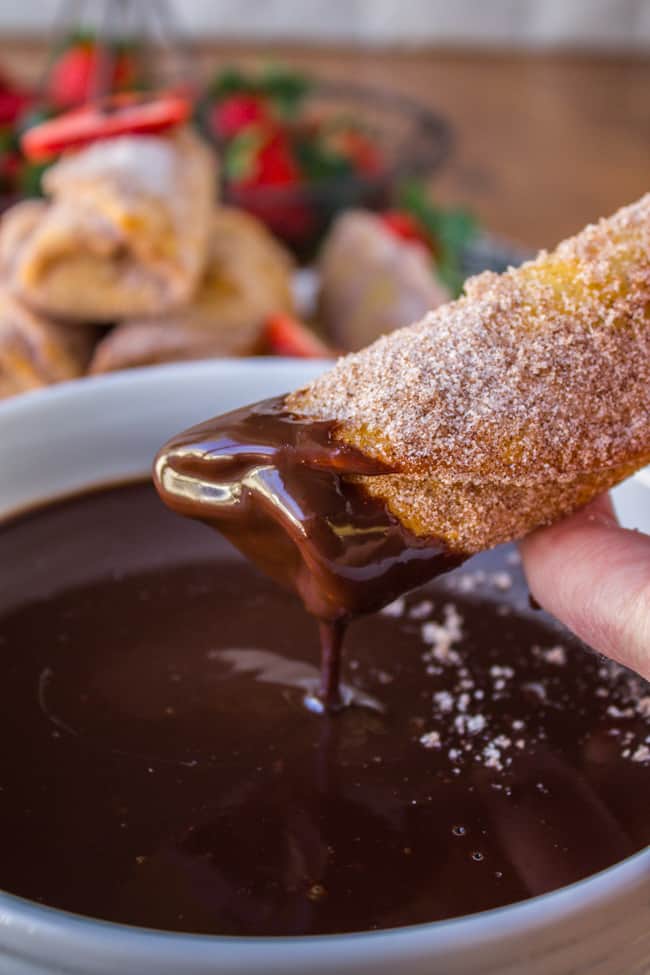 I had never heard of a spinning class, and I’m being serious when I tell you that I was picturing a group of grown women spinning around until they got dizzy. Arms spread out wide, maybe? Tucked tight?

And then what? Collapse into laughter like kids, while the class instructor  yells at them to keep spinning? Learn the spotting thing that ballerina’s do so they don’t get dizzy pirouetting? Do they take turns, watching each other and competing to see who can spin the fastest? Does this really burn that many calories?? Questions I had to ponder for much too long, because I was too embarrassed to ask her for details. 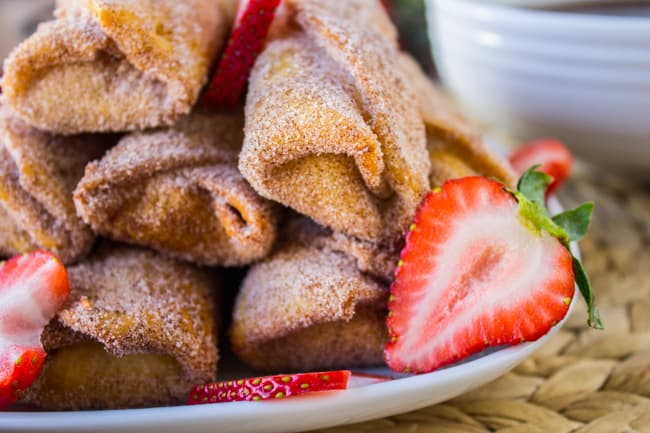 Now I know what spinning is, I swear. And for those wondering, it’s a biking class. I think. Sounds like something that would kick my butt. I think I’ll stick with traditional spinning. Charlotte prefers that anyway: 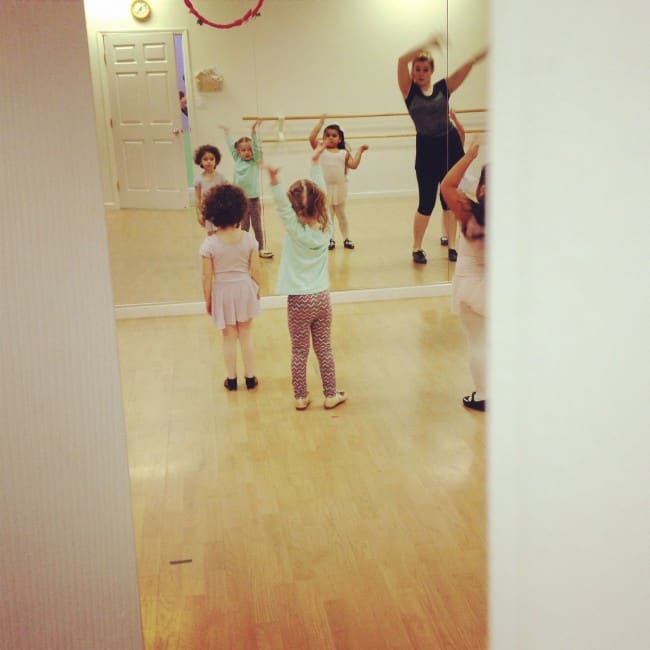 She had her first dance class ever today!! I could not stop grinning watching her. Yes, I was the annoying parent sneaking my phone around the corner to get a picture. Worth it. 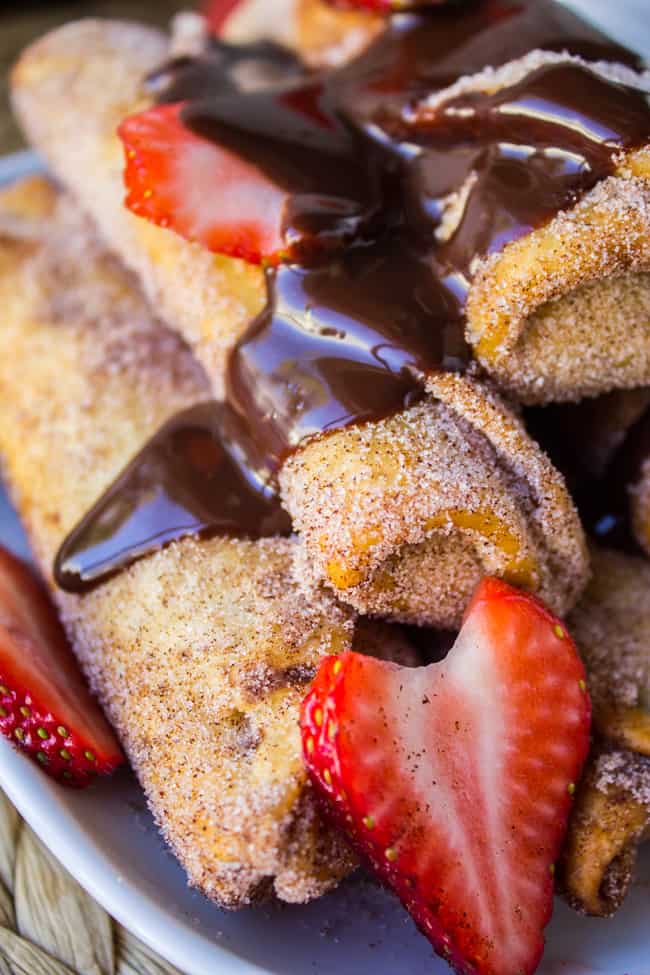 Okay, so these “churros.” I know, not churros, don’t hate! But I swear they taste like a churro with a banana on the inside. I originally had the idea for a dessert egg roll, so first I tried frying these with egg roll wrappers. Gross! I don’t know if I just wasn’t frying them long enough or what, but they were not good. Tortillas are so much easier to wrap around a banana, not to mention crunchier.

I tried out a RIDICULOUS number of versions of these and finally landed on something simple: a banana wrapped in a tortilla and fried, then rolled in cinnamon-sugar. Easy peasy. And SO GOOD. Don’t be scared of the frying part. It really doesn’t take too long.

These would be perfect to have while watching the Super Bowl! Or even dessert for Valentine’s Day, see the strawberries even look like hearts. I like these warm, but they are also killer served room temperature.

Bananas wrapped in flour tortillas, then fried and rolled in cinnamon sugar. I know, NOT a churro. But it tastes like a banana-filled churro, spot on. And then there's the Chocolate Peanut Butter dipping sauce, so really I'm not even sure why you're complaining.

For the banana churros:

*Flour tortillas that are about the same size as corn tortillas. The sauce will start to harden at room temperature, just zap it in the microwave for a bit to return to a liquid-y consistency. 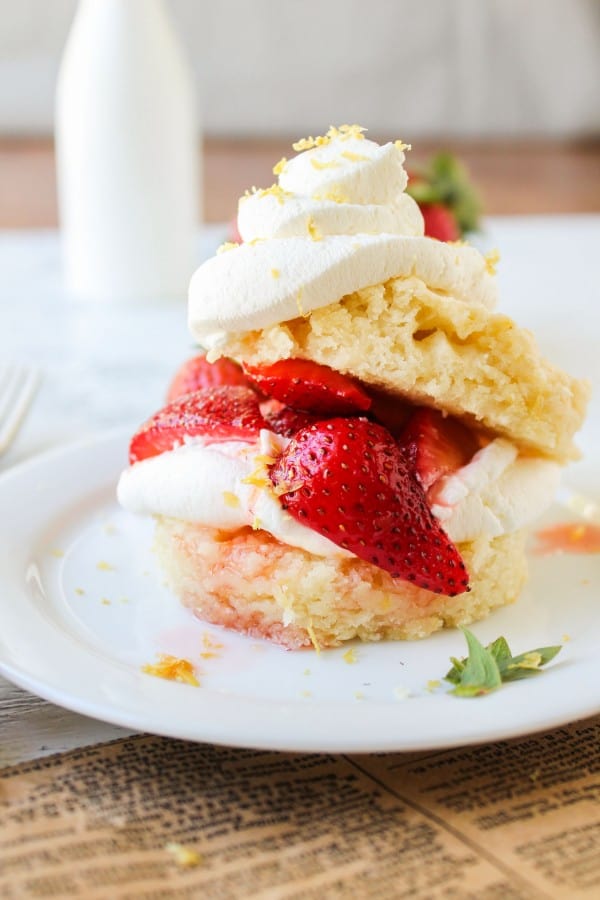 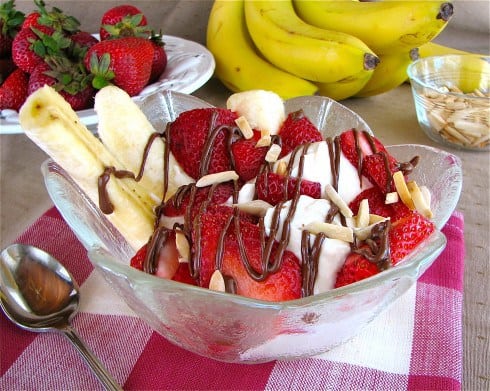 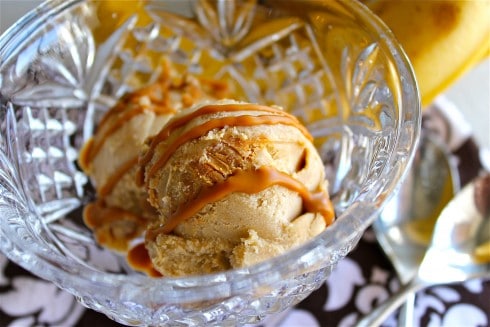 Butterscotch Pudding with Roasted Banana Whipped Cream: << I just made this again the other night. It may not look like much but I’m TELLING YOU: 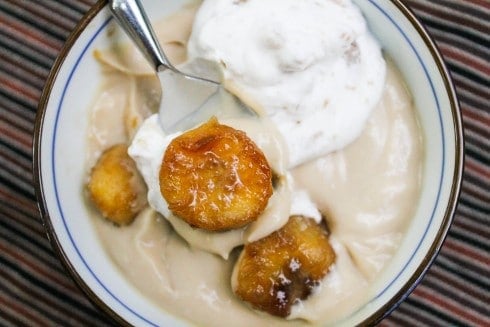