The Fastest (No Yeast) Cinnamon Rolls Ever

These no-yeast cinnamon rolls are super fast! Done in about an hour. They are flakier than a regular yeast roll and ultra-satisfying. The Cream Cheese Buttermilk Icing is bomb-diggity. 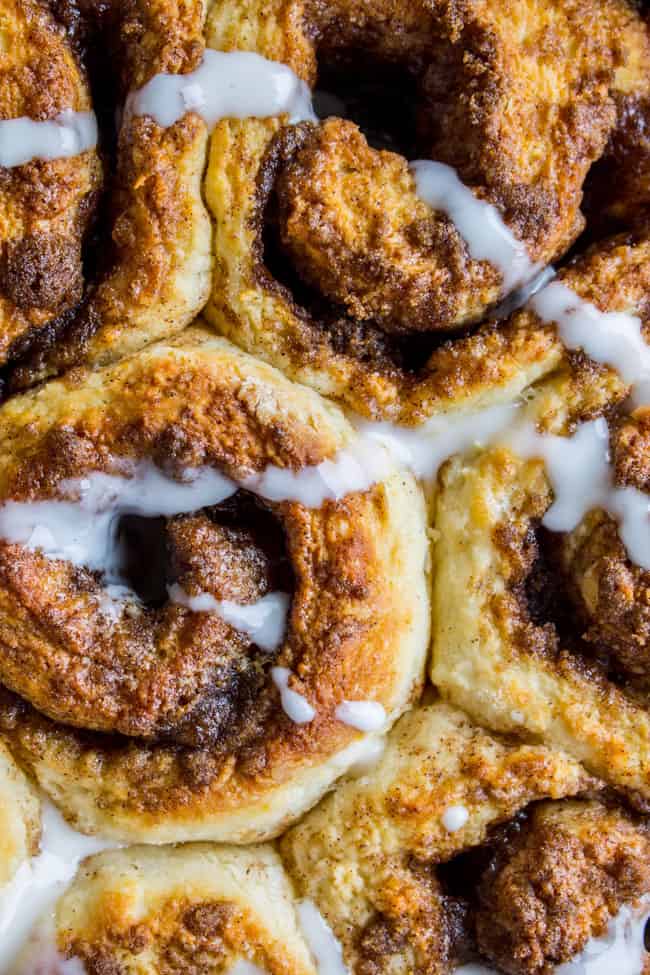 Did you watch the same movies over and over and over again as a kid? I don’t even mean cartoons, although I’m sure I did that too. Growing up, we had roughly 3 movies in our house: Princess Bride, Batman Forever, and Robin Hood: Prince of Thieves. I can recite literally every single line of these movies because we watched them allll the time.

Our kids are so darn spoiled with this whole Netflix thing. “Back in my day, we had to walk backwards in the snow 20 miles, and we only had 3 MOVIES TO WATCH!” (gasp, faint) 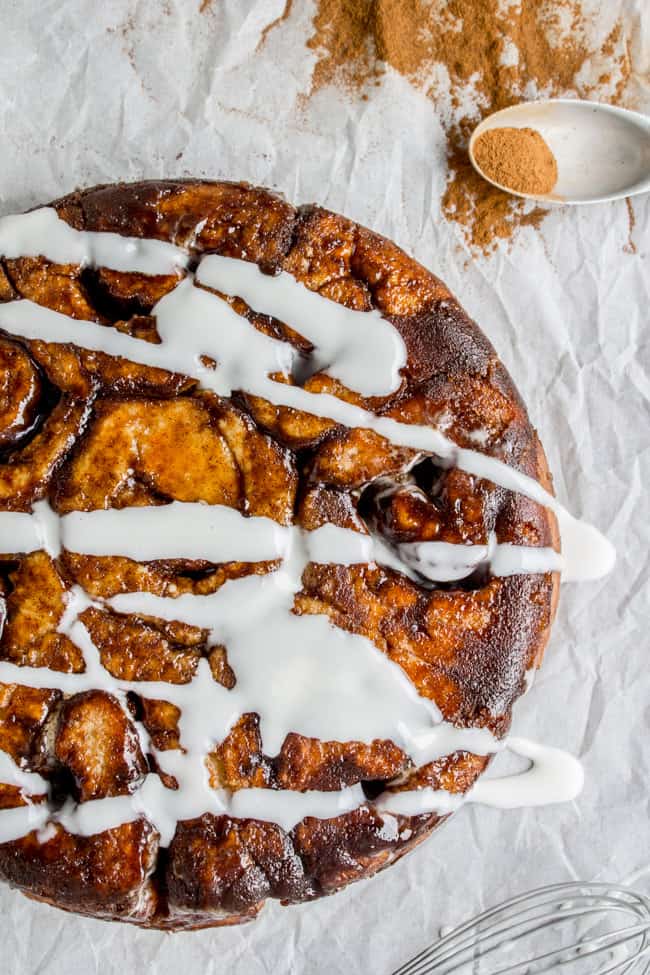 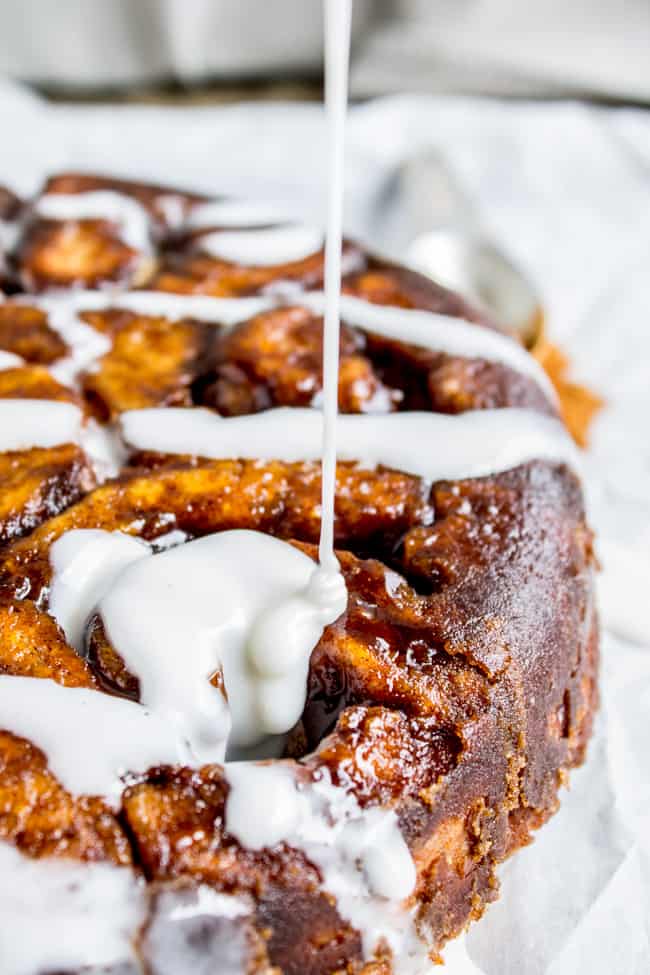 Robin Hood just started streaming on Netflix, and Eric told me that he’d never even seen it, so of course we had to watch it. It’s so funny watching a movie that you haven’t seen in years with “new” eyes. (Don’t believe me? Try watching Bambi as an adult. Sooooo booooorrrinnnggg) If I weren’t so nostalgic about Kevin Costner and his big ol 90s hair, I’m sure I would think it was ridiculous. But I relished every cheesy line, with Eric rolling his eyes in the background.

(Just in case you’re wondering, I’m totally blasting the theme song now, “(Everything I Do) I Do it For You.” Eric’s like, “This is the type of song that your middle school choir would sing.” He’s got a point. 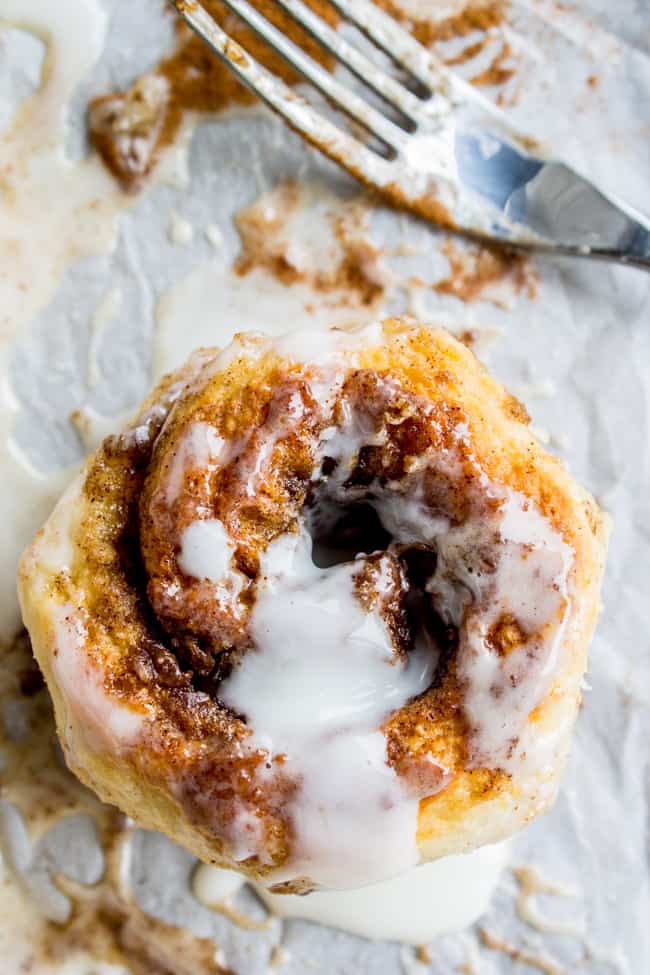 The other day I was flipping through my (giant, 80 lb.) Cook’s Illustrated book when I stumbled across a Quick Cinnamon Rolls recipe, and I noticed that it has no yeast! I have a One Hour Cinnamon Rolls recipe that is KILLER; it calls for 3 tablespoons of yeast and uses a hot oven to speed up the rising process. This recipe only calls for baking soda and baking powder, and is basically buttermilk biscuit dough that is patted out and rolled into cinnamon-y deliciousness. I’m in love!

They are not quite the same as regular cinnamon rolls. Yeast and only yeast can produce that soft, pillowy interior. That said, who’s going to say no to a flaky biscuit-like roll smothered in butter, brown sugar, and cream cheese buttermilk frosting? No one, that’s who.

Think of it like the difference between cake doughnuts and yeast doughnuts. No the same, but both DEFINITELY worth your time. The edges of the rolls get delightfully crispy. Until you smother them in Cream Cheese Buttermilk frosting, that is. 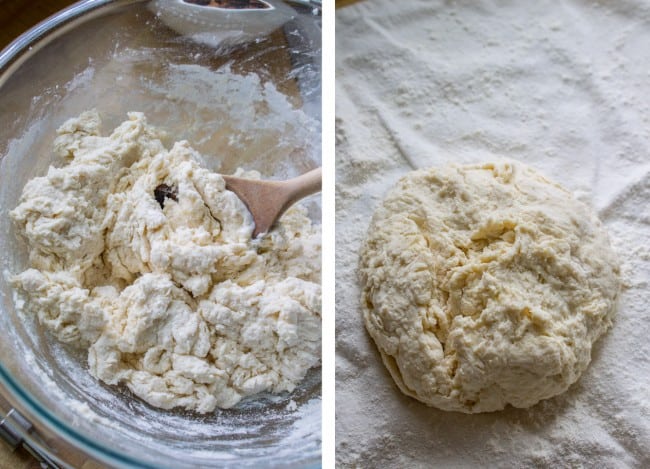 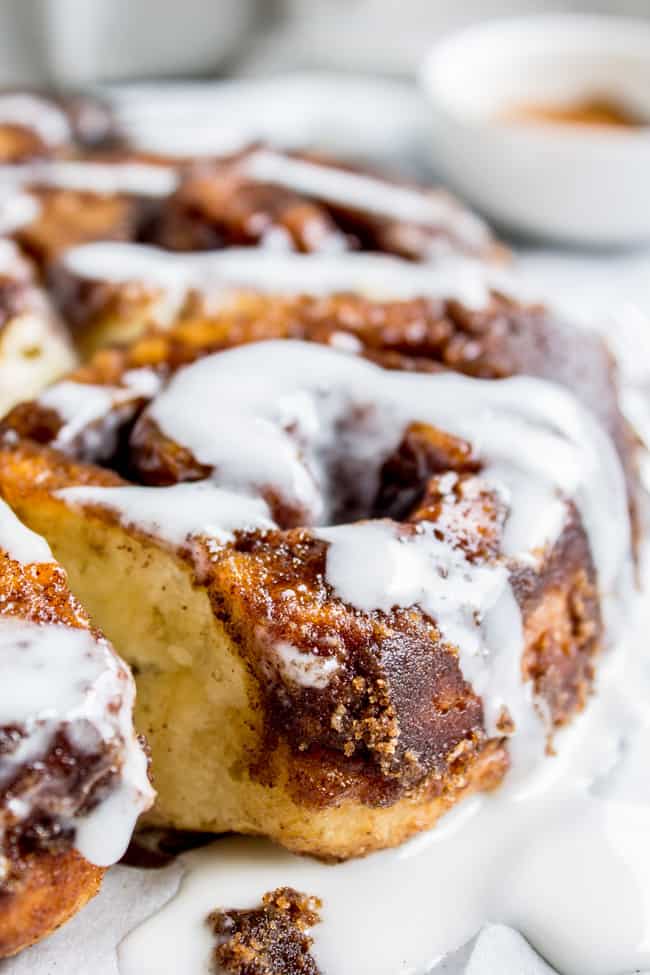 Eric and I just ate the last 2 from the batch and we both licked our plates. No shame. I’m telling you, Cream Cheese Buttermilk frosting is where it’s at. I never would have thought to add buttermilk to a drizzle, but it adds this amazing tang, while still being perfectly sweet. You should totally make these this weekend!

If you do, take a quick picture and post it on Instagram using the hashtag #TheFoodCharlatan. That way I can see it! :)

The Fastest (No Yeast) Cinnamon Rolls Ever

These no-yeast cinnamon rolls are super fast! Done in about an hour. The Cream Cheese Buttermilk Icing is the perfect compliment!

For the cinnamon filling:

You will need exactly 8 tablespoons (1 stick) of butter for the whole recipe.   Source: recipe slightly adapted from The Cook's Illustrated Cookbook

One Hour Cinnamon Rolls << this is my other quick cinnamon rolls recipe from my mother-in-law. It  is amazing! We make them all the time.

Swedish Cinnamon Buns with Cardamom << these are so fun to make. Plus, PEARL SUGAR! 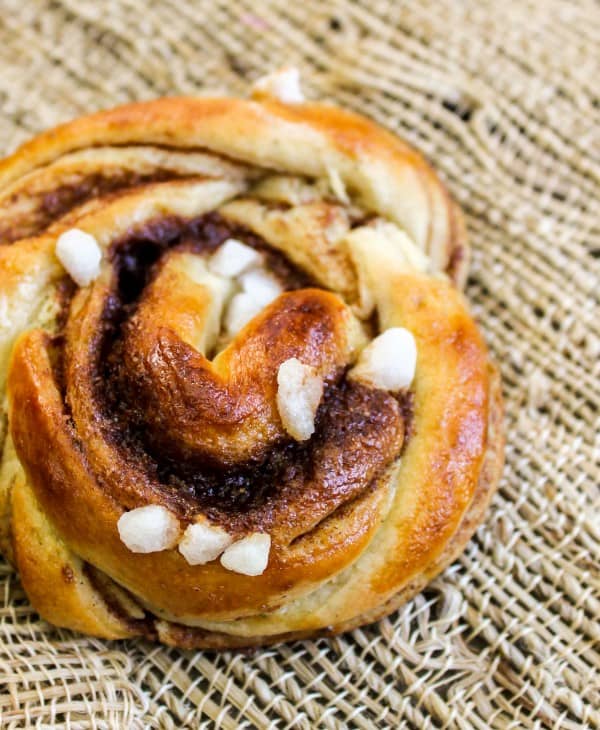 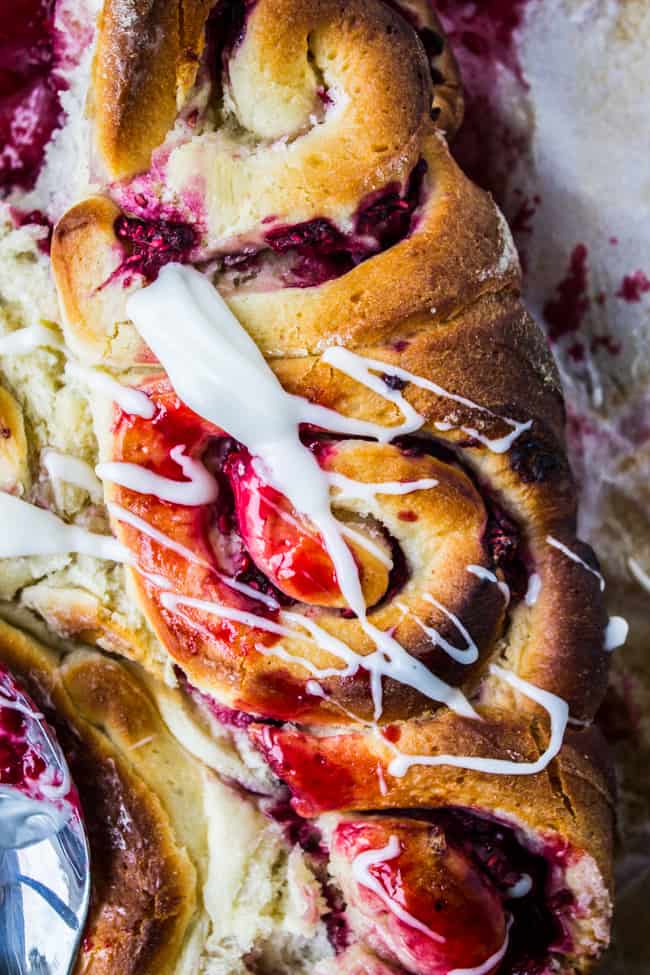 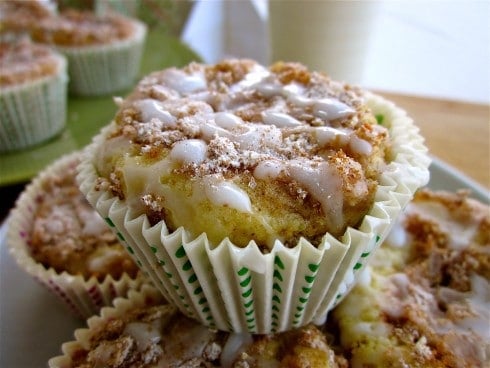 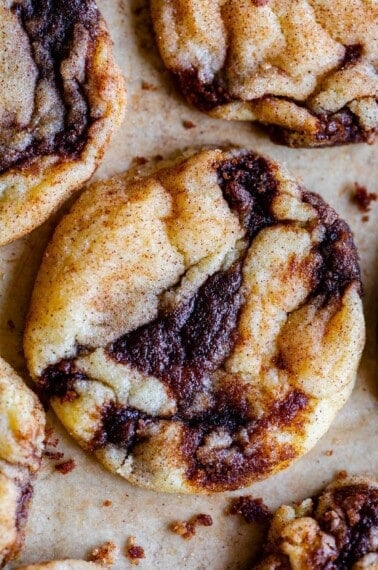