This easy French toast casserole is easy and cream cheesy. Top it with mounds of cinnamon and syrup and we are well on our way to the best breakfast ever…in one hour. This is also a great overnight french toast bake {with cream cheese} recipe. 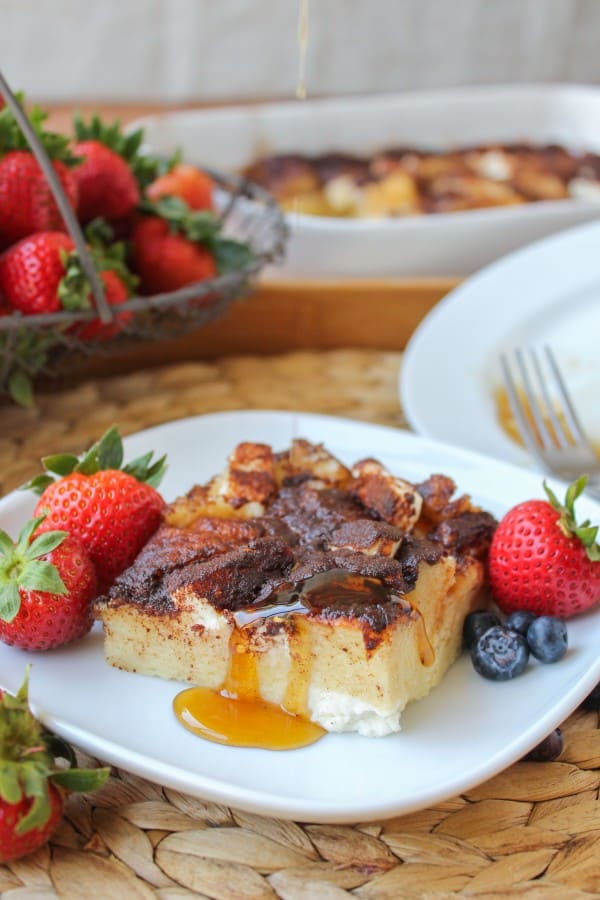 This is going to be one of those “You’re an idiot” moments. Where you hand me my stupid sign and actually slap me upside the head. Because I JUST figured out why people listen to music on earbuds when they run. (Here’s your sign Karen.) 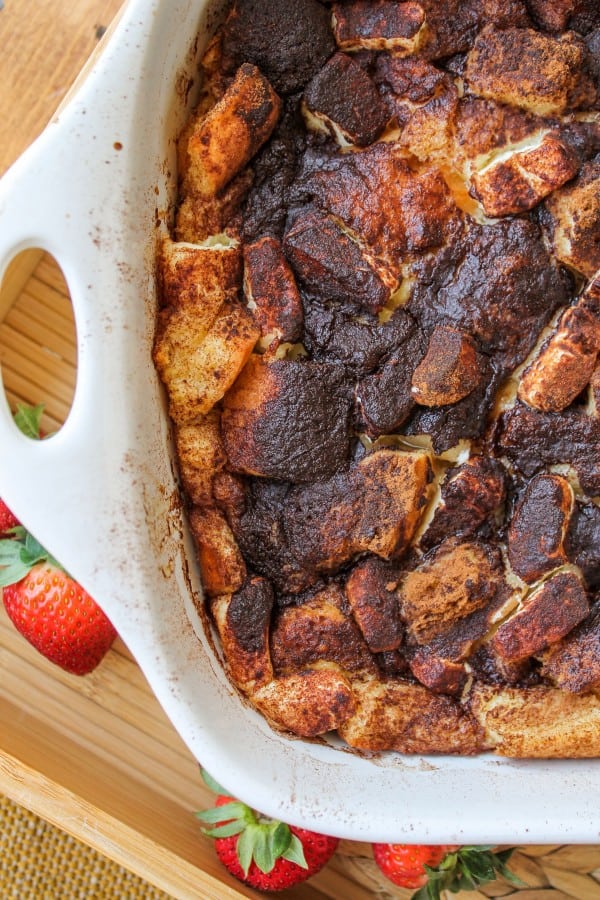 I suppose I shouldn’t say I figured it out, because really I always knew. I’ve just finally been convinced that it’s the way to go. 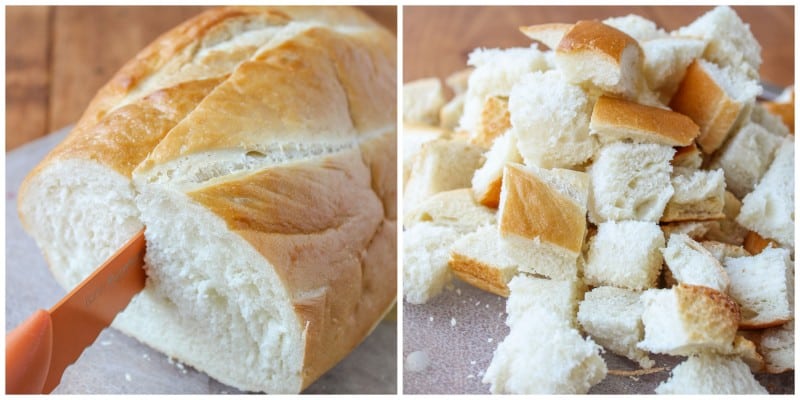 I ran 3 times longer than I usually do. 3 TIMES. (this burst of energy may or may not have been rooted in the fact that when I reached the distance that I usually run, I realized I had been jogging slowly for less than 2 songs. TWO SONGS.) 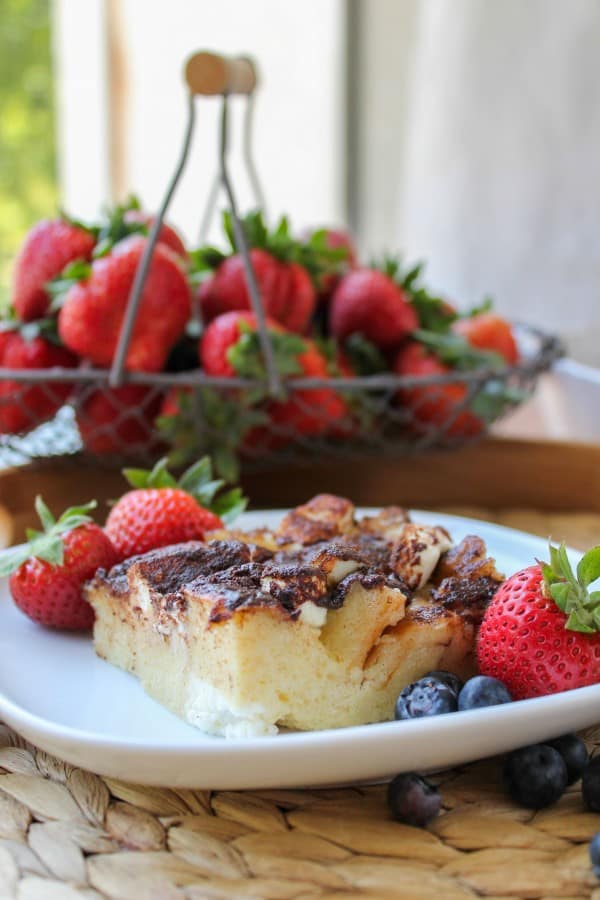 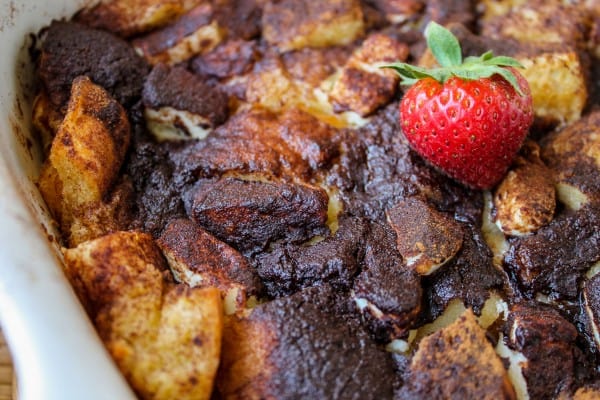 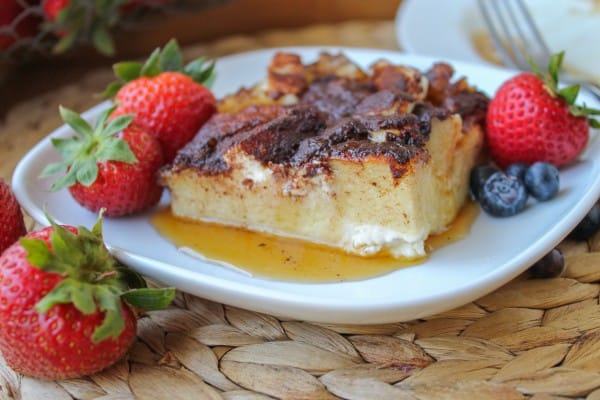 I think this earbud magic is finally going to break me out of this weird anti-running funk I’ve been in for the last 3…..years. #oops

I’ve always been resistant to wearing earbuds in public. It stems from my college days, when no one could even make it to their next class without their earbud fix. I’m scarred from one too many unrequited cheerful hellos. 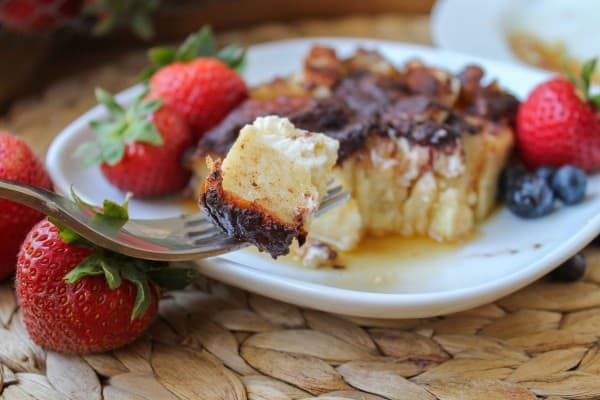 Nothing’s changed. I love saying hi to people in my neighborhood, whether I know them or not. Except now when I call out a cheerful, normal greeting, really I’m yelling to half the neighborhood, “HEY, NICE NIGHT HUH??” Ah well. If you can’t beat em join em. 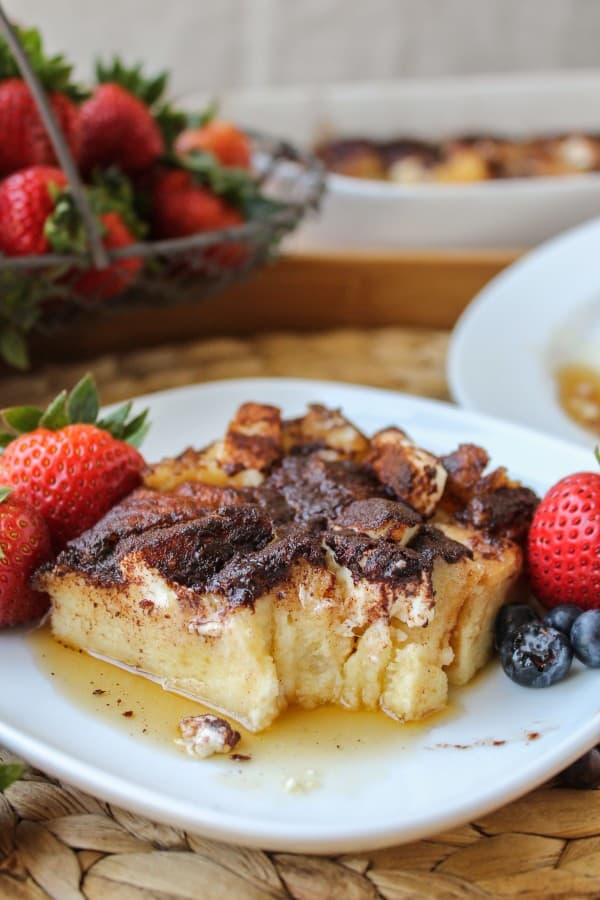 My brother Nathan (who ran an Ironman, btw. Puke.) has been trying to get me to make this Cream Cheese French Toast Casserole for years. He tried it first in Chile where his mission president’s wife would make it for him and the other missionaries. He has raved about it so many times.

Well he was right, as usual. Brother knows best, right? This Cream Cheese French Toast Casserole has 8 eggs so it almost has a custard texture to it. I love it served with fresh fruit and lots of maple syrup. This would be a great breakfast to make for Dad for Father’s Day this Sunday! ( I seriously think I might just make it again. And then go running. Blasting music in my ears while I yell at the neighbors.)

This Cream Cheese French Toast Casserole comes together in just one hour. It is custardy and cinnamony and everything you want.

I used real Grade A Maple Syrup, but I think any kind will do. You can make this overnight! Assemble completely, cover tightly, and refrigerate overnight. Let it sit on the counter for about an hour, then bake as usual! You may need to leave it in about 5-15 minutes longer, keep an eye on it! Source: Charlotte Openshaw (a friend of my brother's)

Bring on the cinnamon, yo. 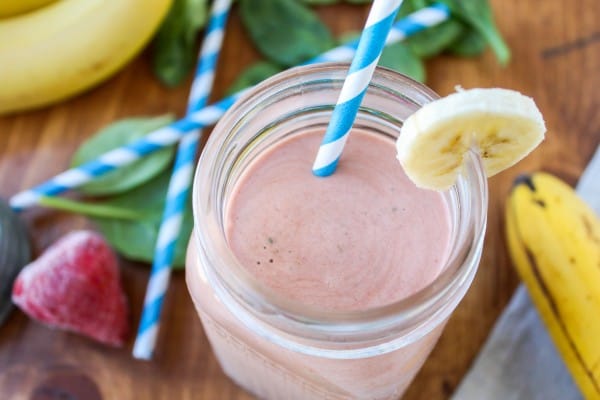 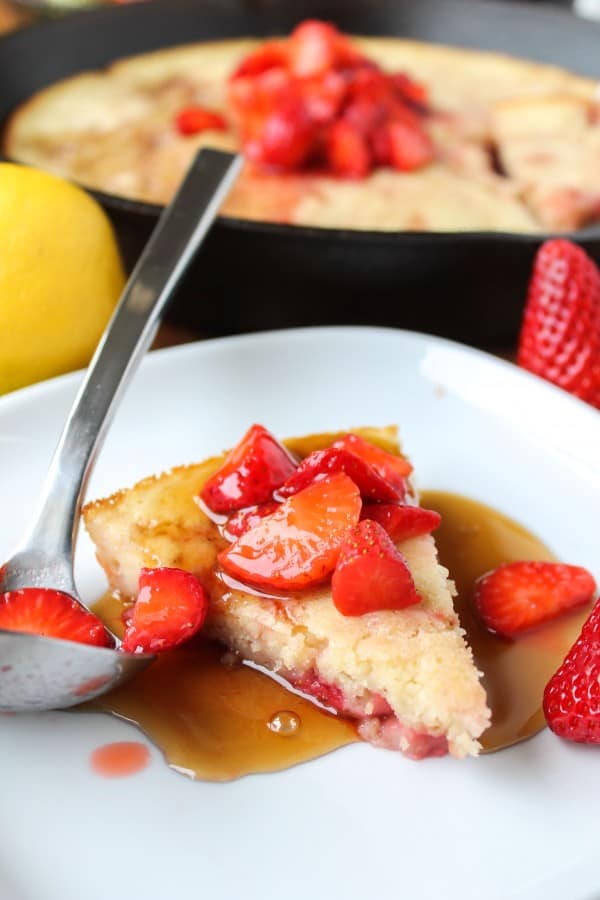 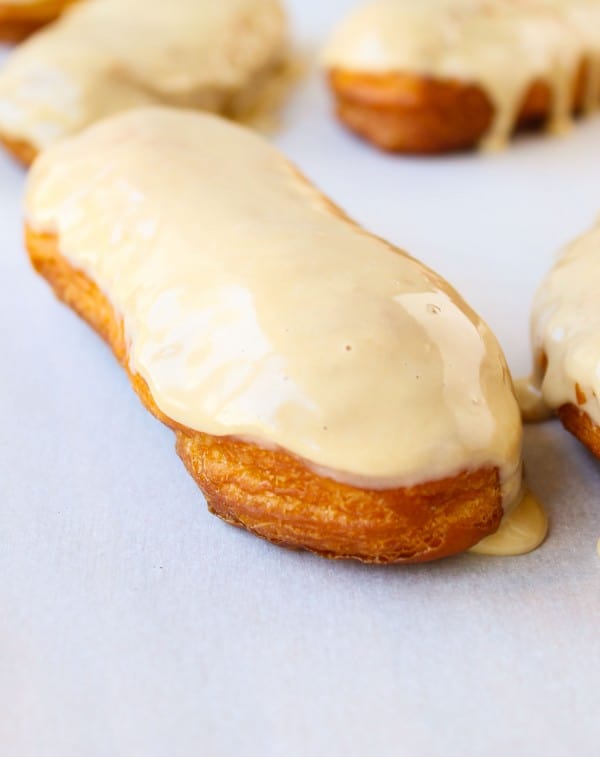 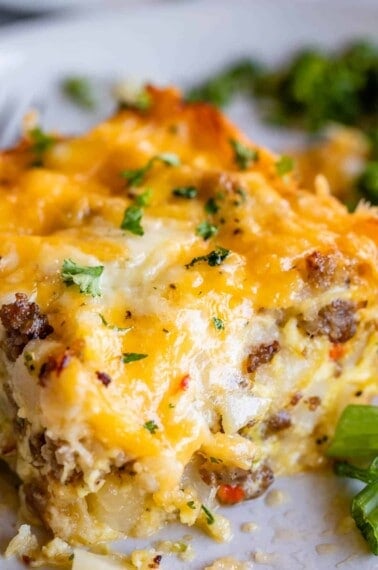