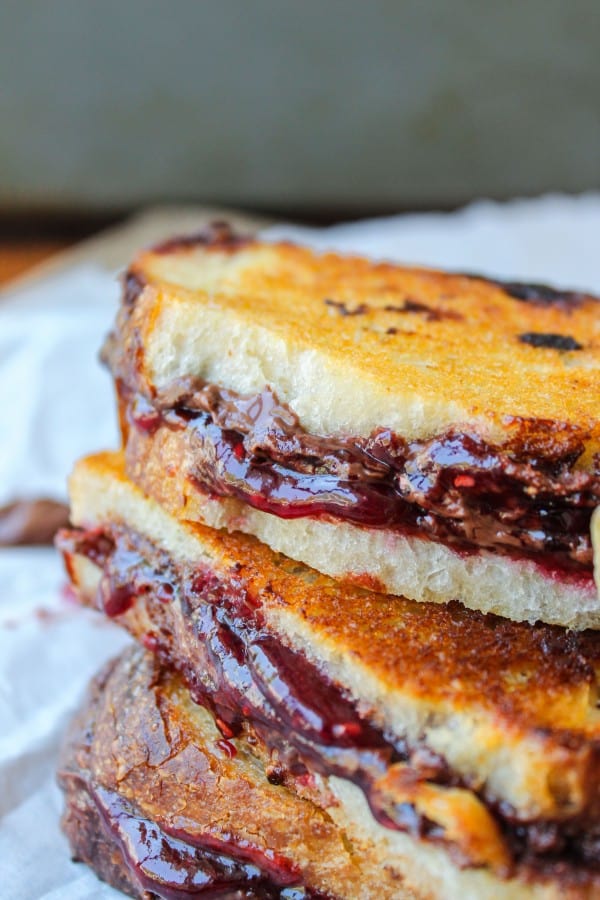 Eric and I celebrated our 6 year anniversary last weekend. Woohoo! Here’s to another 60 years of lying in bed together while looking at our phones. 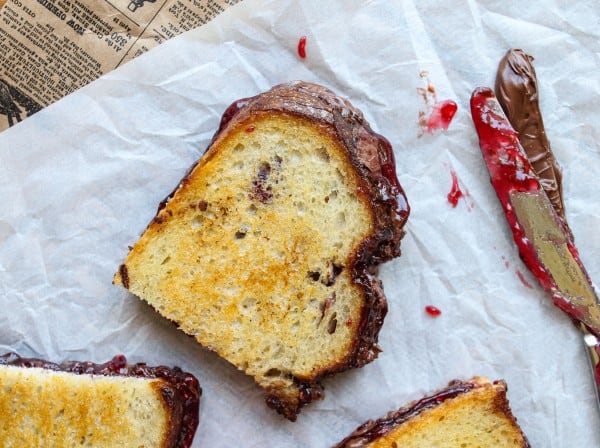 No really, as far as romancing goes, Eric’s pretty awesome. He is the one who’s always setting up date nights for us. He brings home fresh flowers regularly because he knows how much I love them. And he is a diligent dish washer, which is a pretty valuable asset when you are married to a food blogger. 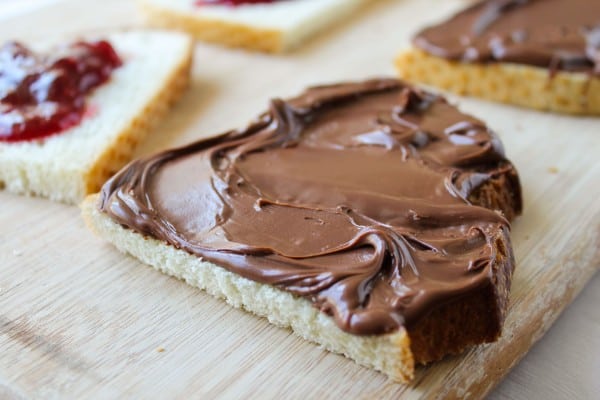 We were on our anniversary date last weekend when I saw something at Marshall’s that my sister-in-law Sandi had been wanting. I texted her a picture. “Look! Only 25 bucks!” All she said was, “please tell me you’re not shopping at Marshall’s for your date.” 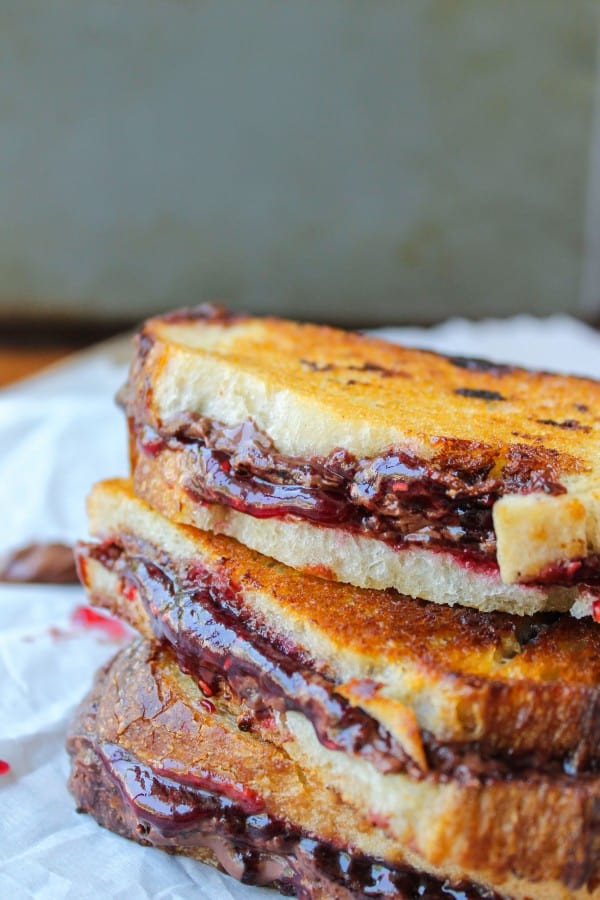 Oh yes. Yes we were. Lest you truly think the romance is dead, just know that the first part of our date was going to play tennis, so we were all sweaty and gym-clothes-y when we arrived at the store. After that we went to In-n-Out and then hit up Barnes and Noble, snaggy hair and all. I’m telling you guys, marriage just gets better with time. There is honestly no one else I would rather suck at tennis with and read cookbooks at the bookstore next to. 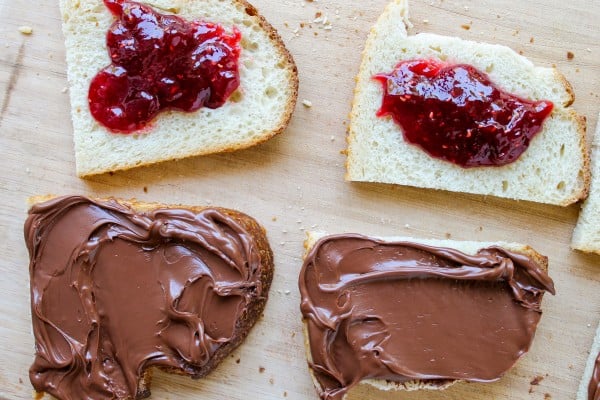 The whole is greater than the sum of it’s parts. Eric n Karen ftw! 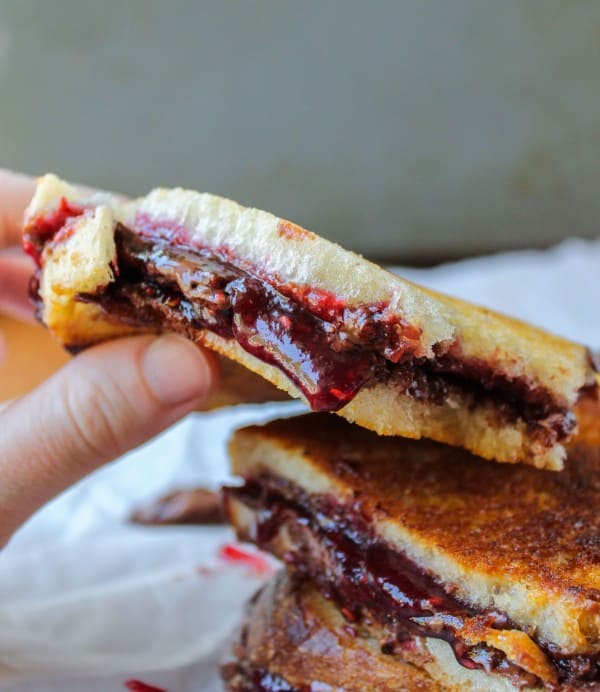 Speaking of Aristotle’s cute little quote, I’d say it applies to this Raspberry Nocciolata Grilled Sandwich quite nicely. You will notice that this is a no-brainer recipe. I didn’t even deign to suggest how many tablespoons of raspberry jelly to put on your sandwich. It’s a chocolate sandwich, it’s not good for you so you shouldn’t be counting calories, and if you don’t know how to spread jelly on bread then boy have we got a ways to go. 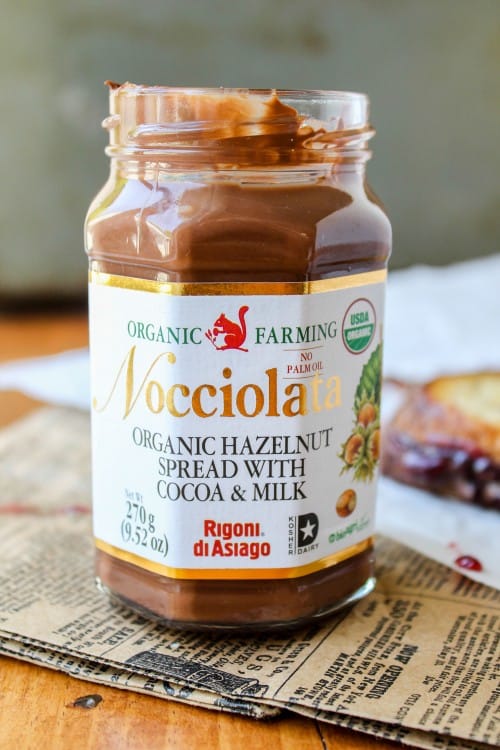 Have you guys heard of Nocciolata? No-chee-oh-lata. They sent me a free jar to check out, and it is awesome. It’s a Nutella alternative. Most of the brands I’ve tried are not even close, in my opinion, but Nocciolata tastes exactly like Nutella to me. And it’s completely organic, kosher, and lots of other healthy stuff, so if you’re into that, then I would most definitely check it out. 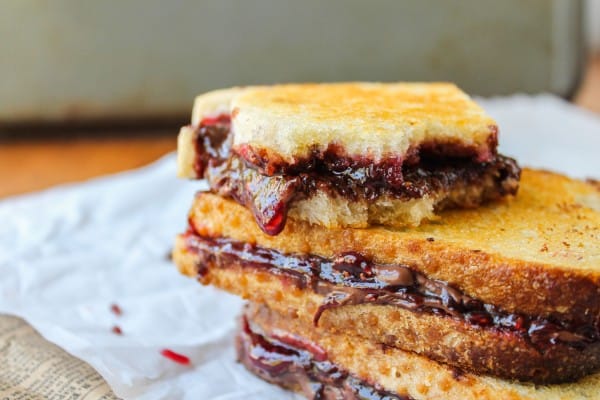 It’s an Italian brand, but they’ve been making a name for themselves in the US. I even saw it at Costco the other day: 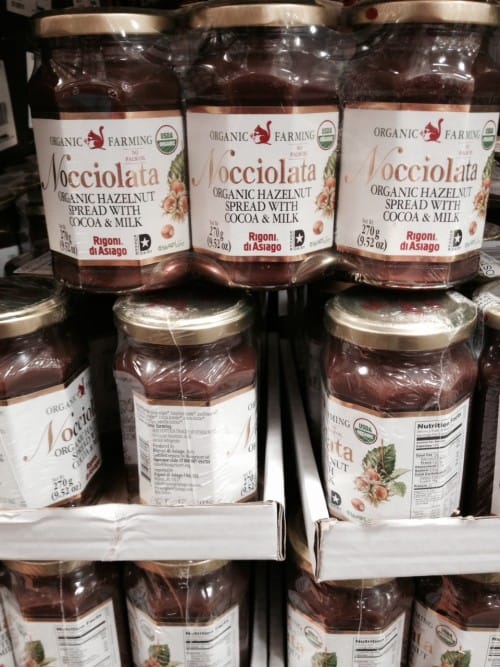 Or instead of Costco you can just enter my giveaway. Leave a comment below telling me what you will make with it if you win! (I highly recommend these.)

(Prize is 1 jar of Nocciolata. US residents only. Giveaway runs until Thursday June 5th at midnight PST.) This giveway is now closed. 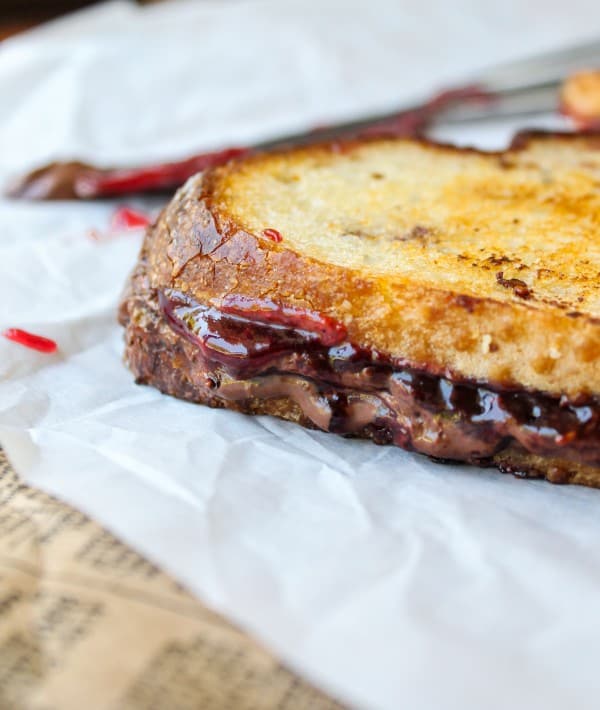 I will be buying that entire pack from Costco and making a thousand of these grilled sandwiches with it. A thousand!!! I could seriously eat this every day.

I was given a free jar of Nocciolata  to review, but all opinions are my own, of course!

This Raspberry Nocciolata Grilled Sandwich consists of an organic Nutella-alternative smashed together with raspberry preserves and grilled on butter.

Any artisan bread would work with this recipe. Next I want to try ciabatta! Source: The Food Charlatan 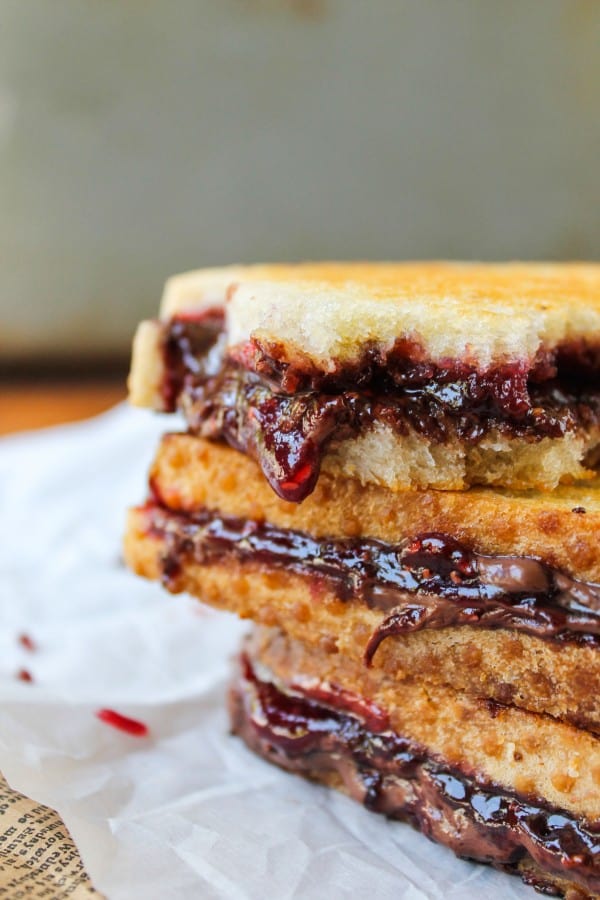