fMy husband has a slight obsession with waffles.  I think that man could eat waffles 3 times a day and be happy.  I didn’t grow up eating waffles, so while I certainly like them, they don’t have the same nostalgic feel for me.  I really like pancakes, but whenever I suggest that we make them instead of waffles I get this look, like, Are you crazy?

But when I found this recipe I knew even Eric wouldn’t be able to complain.  I mean, pancakes are already a pretty decadent breakfast, with all the butter and syrup.  But pancakes with cinnamon streusel??  Why didn’t I think of that?  I shouldn’t need to tell you this, but these are pretty rich. After I took this picture I started digging in and managed to finish half.  I gave the rest to Eric and he couldn’t even get through all of it.

This recipe has pumpkin in it but the original doesn’t.  So you could slowly clog your arteries all year long!

Source: Two Peas and Their Pod

Make the cinnamon streusel. In a medium bowl, combine flour, brown sugar, cinnamon, and butter. Mix together with your hands or a fork, until you have a crumbly mixture. Set aside.

In a medium bowl, whisk together milk, egg, pumpkin, canola oil, and vanilla extract. Add wet ingredients to the flour mixture and whisk until combined.

Heat a griddle or pan to medium low. Coat with cooking spray. Drop 1/3 cup of batter onto heated skillet. Add 2 tablespoons of the cinnamon streusel. Cook on the first side until bubbles begin to form, about 2-3 minutes. Carefully flip pancake over and cover very generously with cinnamon streusel. Cook for another 2-3 minutes or until golden brown. Continue this process to make the rest of the pancakes. 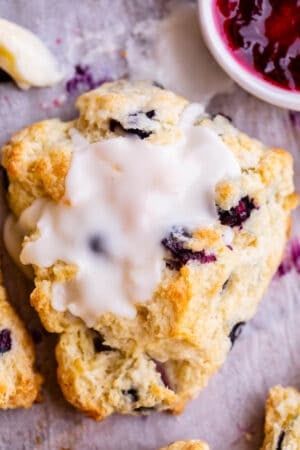 The Best Scone Recipe I’ve Ever Made 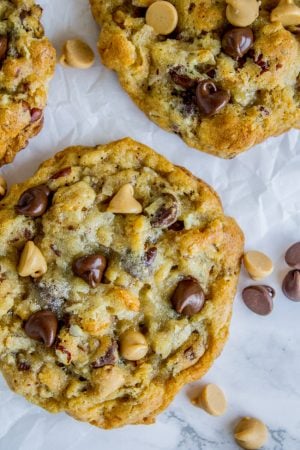 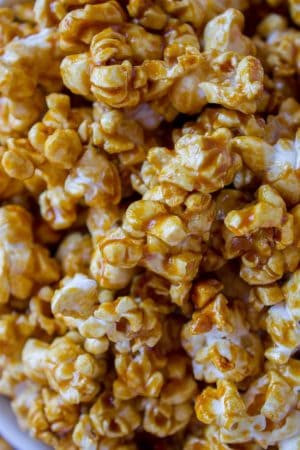 10 Minute Caramel Popcorn in the Microwave (FOR REAL, 10 minutes!)