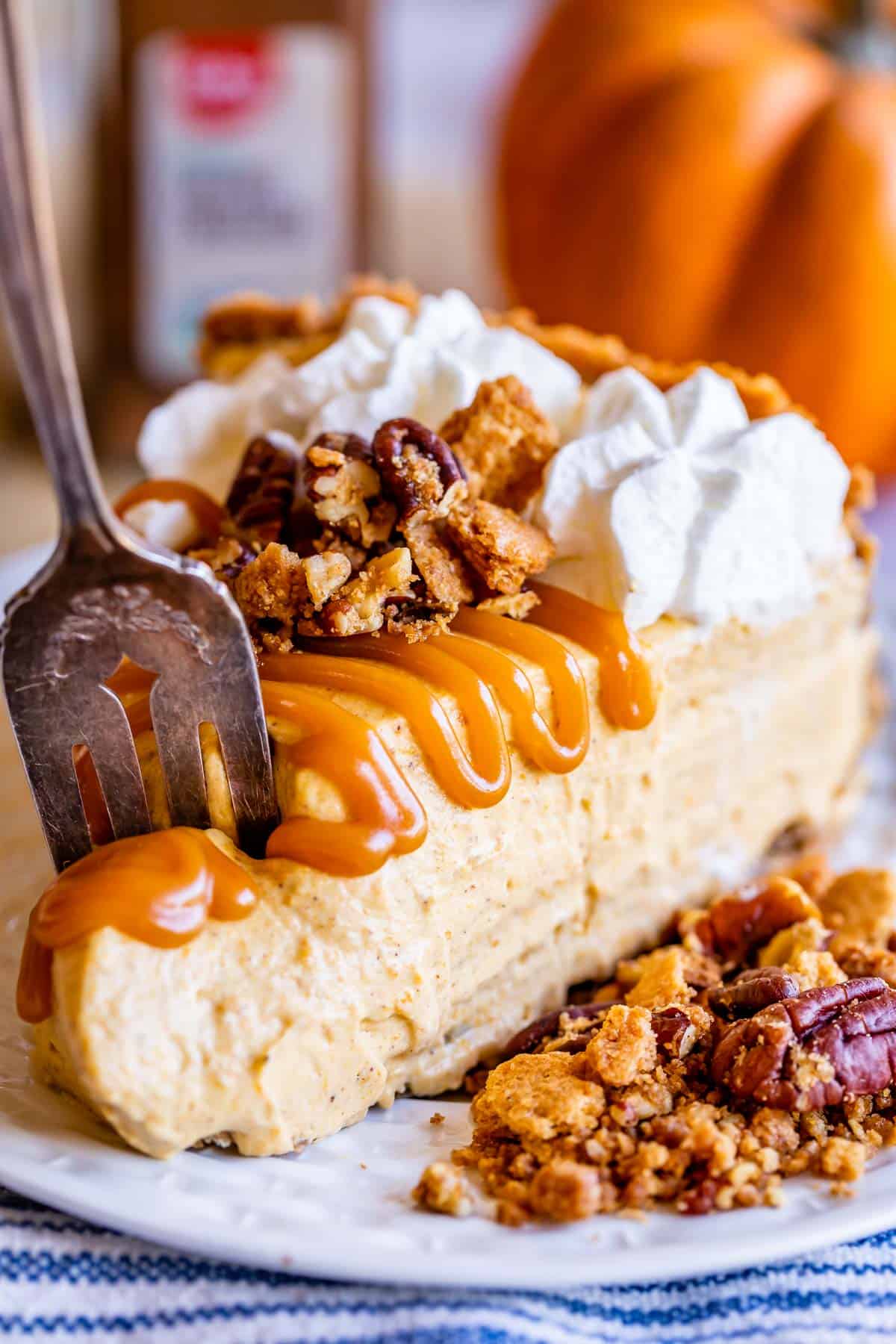 Did you make this recipe?
Leave a review »

This easy recipe for No Bake Pumpkin Cheesecake is smooth, creamy, and perfectly pumpkin-y. There is never enough crispy crust in most cheesecake situations. I solve this problem by adding extra Pecan Graham Crumble and sprinkling it on top as a garnish! Add a drizzle of caramel sauce and you will be in fall dessert heaven. Make this ahead of time for Thanksgiving!

For the cheesecake filling

For the Pecan Graham Crumble (optional)

To bake the crust:

*Heavy cream is usually sold near the milk at the store. It is sometimes called whipping cream. The different names refer to different fat content levels. (Use the highest percentage fat that you can find The percentage will usually be between 30-40%; look near the nutrition facts.)  Heavy cream is not coffee creamer. It is the thick, rich part of milk that rises to the top when you milk a cow. Those of you who know what cream is think it is odd that I am explaining this, but it is one of my most-asked questions when I post a recipe involving cream!

**If you didn't have time to soften your cream cheese, you can microwave it in 30 second increments on power level 1 until it is soft. If it melts at all, you will have to throw it out, so be careful.

***Whipped Cream If you would like to make your own whipped cream for decorating the top, beat together 1/2 cup cream* and 2 tablespoons powdered sugar until peaks form. I used a star tip and a piping bag to decorate the top of the cheesecake.