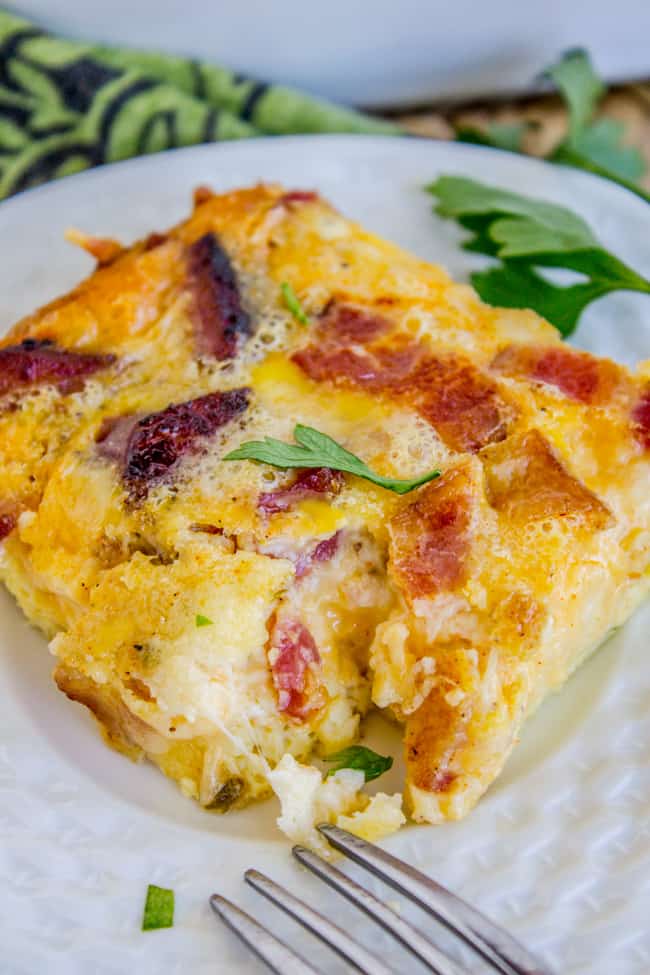 Did you make this recipe?
Leave a review »

*Most shredded cheese would be good here. Cheddar, Mexican blend, Monterey Jack, whatever you want. If you use Pepper Jack like I did it will make it spicier obviously.

**You can use 1 pound of cooked ham, or cooked sausage. This time I used half bacon and half kielbasa. I baked the bacon in the oven, then baked the sliced kielbasa until it was browned. (Probably like 10 minutes)

***All of the spices in this recipe are according to taste. You can just add salt and pepper if you want, and leave out the rest. I just got a comment (January 2018) that the recipe was too salty. I like it with this amount of salt (KOSHER salt!), but if you are worried about it cut the salt in half! If you are using table salt, cut the salt in half.